Lord’s Mark Industries, a diversified business group, has entered solar lighting in Bihar. Lords is the sole channel partner to Philips India for development of such projects in the government sector only. The project will be implemented through BREDA (Bihar Renewable Energy Development Agency), which is tasked with developing schemes on non-conventional energy sources in Bihar, and is the nodal agency for remote village electrification.

Lords has expressed the ability to install 1 lakh street lights and is looking forward to more 2 lakh street lights in the next 2nd  year. At those numbers, the total contract size is potentially worth Rs. 900 crore of which the first phase will entail Rs.300 crore. With this project, Bihar will become the first state in India to have the world’s biggest solar street light system based on RMS (Remote Monitoring System). 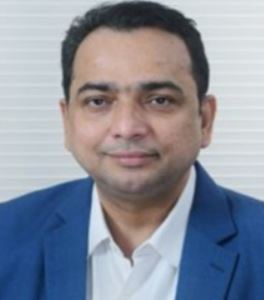 “We are certain that this master project will be the harbinger of solar electrification in all parts of the country. We are proud to have tied up with the world’s largest electronics conglomerate Philips to implement the project that will cover remote parts of Bihar,” said  Sachidanand Upadhyay, Founder, Lords Mark Industries.

A Space to Watch Out for: EV’s Impact Rests on the Way it is Marketed!
Also Read

The light poles are fitted with a box containing a SIM card, which transmits data to a centralised system called as CSC. The system will thus show how many of the lights are working and how many of them have issues in the entire state. The Lord’s Mark street lights project will help reduce greenhouse gas emission significantly, earning the country carbon credits. Lords claims to have an in house developed RMS system with its R&D team and powered it with AI for transmitting Data through a SIM card.

“Bihar is the first state to implement the world’s largest solar-based public services, and we are proud to be the nodal agency for this epoch-making project. We believe this project will be a game-changer for renewable energy systems in other states. We are honoured to have the country’s most respectable lighting solutions company, Lord’s Mark Industries, and the world’s leading electronics firm, Philips, as partners for implementing this colossal project,” said Khagesh Choudhary, Assistant Director, BREDA.

Solar lighting has been one of the mainstays of the distributed solar in the country. While promising significant power savings as well as reach, an issue has been maintainance. The Lord’s approach to track performance is a step forward in that case, and should be well worth tracking.