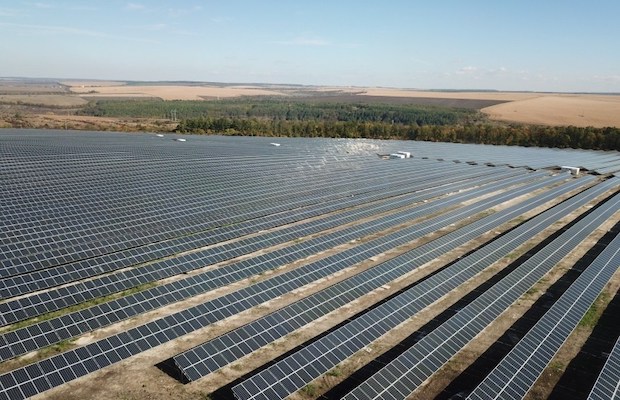 LONGi Solar is the sole modules supplier for the project.

In Ukraine, the second-largest solar power plant in Panovtsy, Kamianets-Podilskyi, in the Khmelnytskyi district, has been put into operation.

The solar power plant is a joint venture of ICU, an independent asset manager, private equity, and investment advisory firm specialising in Central and Eastern Europe and the VR Capital Group, an administrator of alternative assets specialising in global emerging markets. The new plant represents an investment in materials and construction of approximately $ 55 million.

As one of the largest foreign direct investment projects in Ukraine, this plant will generate approximately 68,200 MW / H net energy per year and its peak capacity will reach 63.8 MW. Electricity produced at this plant supplies one-third of all households in Kamianets-Podilskyi and will help cut carbon emissions by 67,000 tons per year.

As the only module supplier for the project, LONGi Solar will deliver 63.8 MW monocrystalline PERC modules and provide technical support during project implementation. Offering high-performance PERC mono modules, process-wide technical advice and after-sales services, LONGi Solar has won the attention of many local partners and has established long-term good relationships in the Eastern European market.

Richard For, VP of LONGi Solar, said, “Demand in emerging countries is growing. On the one hand, we are grateful to local customers and partners in Ukraine for their recognition and trust in LONGi, on the other hand, as a global photovoltaic enterprise that has maintained steady development, we believe that new technologies and reliable products will support the production of clean energy in eastern Europe.”

Makar Paseniuk, CEO of ICU, added, “We believe that our projects will provide significant support in achieving Ukraine’s energy independence by using alternative energy sources and help reduce harmful emissions in the atmosphere.”

In January, the company achieved a new monocrystalline silicon PERC world record conversion efficiency using commercial wafer (M2) dimensions that exceed 24 percent for the first time, according to tests carried out by the National Center of Supervision and Inspection on Solar Photovoltaic Product Quality (CPVT) in China.