This recent breakthrough in conversion efficiency is LONGi’s latest and most important technology R&D achievement to-date.

LONGi Green Energy Technology has announced that Fraunhofer ISE CalLab of Germany certified a photovoltaic conversion efficiency of 22.71% on the company’s monocrystalline PERC cell, which is a new world record for this cell type. 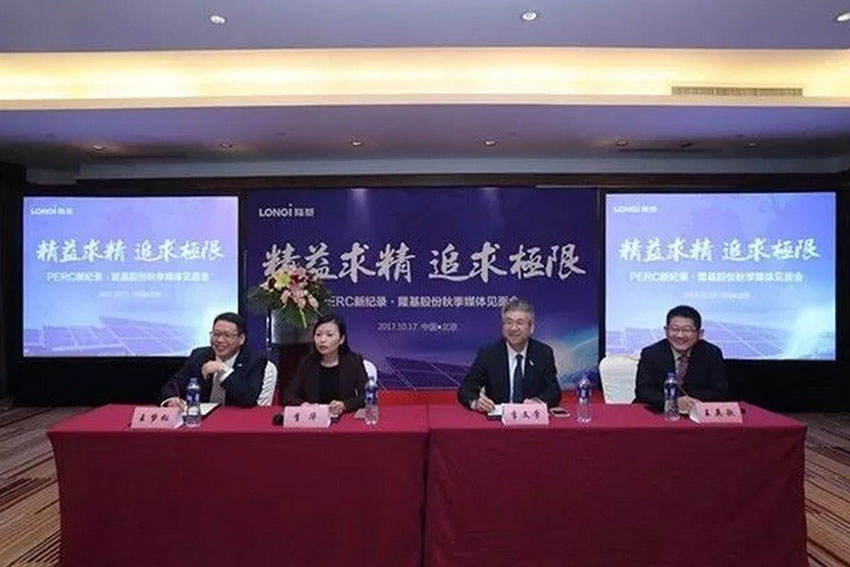 As the industry’s leading manufacturer of high efficient monocrystalline products, LONGi has always been committed to the improvement of the monocrystalline technology. Since its founding in 2001, the company has built and relied upon its own R&D capabilities. LONGi continues to lead the industry in scientific advancement and technological innovation, as demonstrated by the company’s progress in the conversion efficiency of its PERC cell:

This recent breakthrough in conversion efficiency is LONGi’s latest and most important technology R&D achievement to-date. It also marks the arrival of a Chinese enterprise as a leading-edge photovoltaic producer.

In 2015, the China top-runner project acquainted users with monocrystalline PERC modules. Since then, PERC’s huge potential has increasingly attracted the industry’s attention. With this breakthrough in PERC cell efficiency, LONGi has confirmed the outstanding power generation capability and broad application prospects of monocrystalline PERC technology.

LONGi Solar plans to introduce the 22.0% efficient PERC cell technology into the production line at the end of 2017, allowing the company to deliver Top Runner-compliant products with leading edge technical standards. LONGi’s module power rating will achieve 340W-345W for a 60-cell format by 2018.

LONGi continues to strengthen its technology platform. In the first half of 2017, it has reinvested over 7% of its revenue back into R&D. This ratio is among the top in the industry. By its keen focus on technological advancements, LONGi aims to make solar a bigger part of the global energy mix.