Lebanon’s All Woman Solar Team At Rise2030 Breaks Down Barriers

The phenomenal women-led team is creating employment opportunities in their region, helping save planet Earth and clearly empowering women, all that can be expected for solar to thrive. 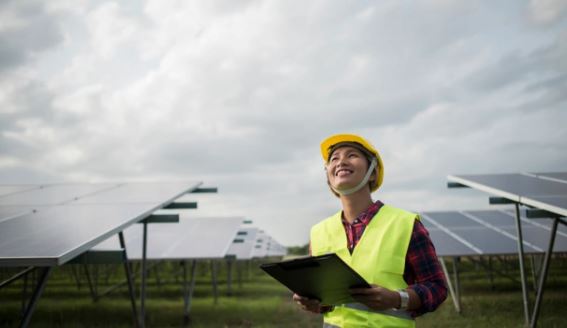 Among the winners of the 2020 UN Global Climate Action Award winners, Lebanon’s RISE2030 is as unlikely as they come. A community-led initiative that aims to empower women and the youth, while also putting Lebanon on the map as a rewarding place to harness solar energy. In doing so, the NGO and its all woman team have have not just done their bit for the environment. They have also sent out a strong message for female workers everywhere, that the solar sector can offer them an equal opportunity .

The RIse2030 team even helped out the female farmers by making sure that organic production was taking place and food was being distributed to underserved areas during the COVID-19 crises and lockdown period.

Somewhat reminiscent of India’s ‘solar sahelis’, the intrepid women who travel across Rajasthan to convince people to use solar energy options for their daily energy requirements, the RISE2030 team is also out to make a difference in their own small way.

Their journey began in the year 2018 when the concept of the formation of such a community was pitched to the German development agency GIZ, which approved the funding of the project to have an all woman team install solar plants.

A simple but ambitious plan – to create more jobs and provide solar energy training to the deprived communities of Lebanon. These women, who come from all sorts of relevant backgrounds such as energy, construction, sustainable development and female empowerment, was clear. And they have been executing it with all their energy since the beginning which resulted in them winning the award given by the United Nations. Since the start, the team has been installing solar panels in various locations of Bekaa which is a rural governorate in Eastern Lebanon. A great example of the excellent work they have been doing is when an all female crew set up a solar production system, on a large scale, at the Qaroun Material Recovery Facility or waste processing.

As the first all-women solar team in the construction sector where the women in the workforce are less than 1%, the Rise2020 team are true trail blazers.  Following their success, solar training for women was made accessible to women in North Lebanon as well as North Lebanon.

Women in solar is an issue we have covered in some detail at Saurenergy earlier as we truly believe that the sector, as a young sector, should ensure equal participation for women at the outset. The RISE2030 story shows us one more way to do that.