As Rooftop Solar, Distributed solar and even corporate buying markets develop, its time for the renewable power sector to fix its gender imbalance.

On International women’s day, its a good time to put the spotlight on the missing women in the solar power and broader renewable power sector. Among the brightest spots for the Modi government in the past 5 years has been the performance of India in the renewables sector. Renewable targets were increased 5 fold and more in 2014, and despite the usual hiccups, overall achievement has been impressive, to say the least. With the founding of the International Solar Alliance (ISA) by India, the cherry on the cake. Of course, in doing so, India has taken full advantage of global trends, driven by a steep drop in the cost of renewable energy, especially solar energy. 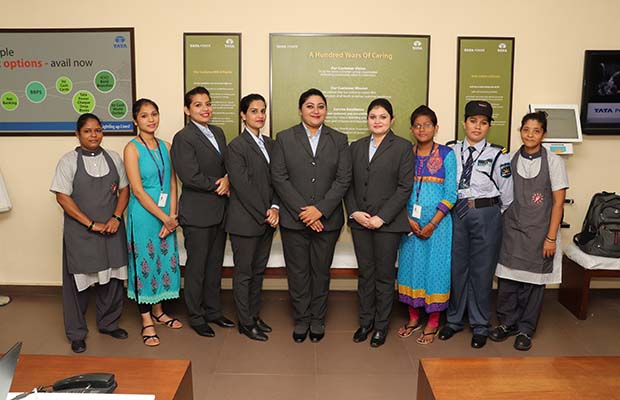 What has not been so bright has been the participation of women in this  boom. Today, in a sector that is employing well over 450,000 people, various industry estimates peg the share of women at 20-22% or less . That’s a blatant miss. This is particularly disappointing because when it comes to the broader sustainability sector, that was dominated by non-profits and other firms, women have usually had a decent representation, though exact numbers are hard to come by. Why they missed the renewable power boom is a point to ponder.  Which is why, when we saw less than 10% speakers from the fairer gender at Reinvest 2018, we knew the industry had a problem. Since even that 10% number was made to look better by the foreign women leaders who were counted as part of it.

Women are needed for reasons beyond the most obvious of gender equality and equal opportunity. If the industry makes the effort, they will realise that a higher proportion of women in the sector is one way for the sector to raise itself from commodity status. And make no mistake, the whole renewables sector is as commodified as it can be. Thanks to a heavy policy overhang, prices are controlled most of the time, the biggest customer is the government, through state power distribution firms, and almost all projects start with the lowest bid in a tender. These have typically been classic pre-conditions for male dominated sectors, like metals and minerals, fertilizers and the lot.  That has condemned it to being treated as such, missing out on the massive positive sheen of a green sector, that is making a huge impact on India’s sustainability targets, and helping preserve the fast vanishing greens around the country.

I am quite sure that a more diverse workforce would have helped achieve that more effectively on the communications front. Not to mention a better effort in making progress on the design and aesthetics front, where again, functionality rules supreme.

Talking of which, almost all communications done in the sector, and we get to see more than our share, is as functional as it gets.  Customers are far more likely to be called ‘installs’, and talk rarely moves beyond price and cost savings.

Thankfully for renewable power,  there are newer opportunities coming up. With rooftop solar, corporate buying of power, and distributed solar ( solar products like lanterns, cooking systems, lighting systems etc)set to come out as large categories in their own right. India is number 1 in the world on distributed solar, a leader in Asia pacific for corporate buying. And rooftop solar will definitely need to see a lot more innovations in design before it becomes a natural buy. Each of these opportunities requires a more nuanced approach to selling, communicating, understanding your consumers beyond just the functional.

A situation that cries out for more representation of women taking decisions. Why? because if nothing else, women have demonstrated capability, exposure and experience with understanding customers. Thus far, the customer has just been a ‘beneficiary’ (thanks to subsidies) or a statistic, as the government has raced to push initiatives like power for all.  Thus, new challenges like branding, a more customer led approach, and even better negotiating skills when it comes to convincing government to back distributed solar initiatives is vital.

Not only will it raise the profile of the sector, it will also lead to faster behaviour change at the customer level, as they believe they are treated as one.  After all, the biggest beneficiaries of schemes like UJALA (Lighting for all), UJJWALA (Subsidized Cooking gas ), or Saubhagya (Electricity for 100% households) are women, who were bearing the brunt of poor access to power and cooking gas. They can see benefits, and the value of what this industry delivers, even better than the men, if we listen. So here’s hoping that the industry opens up, and makes things truly better soon!

Published with Permission from IAmRenew.com

Tags: jobs in solar, women in Solar sector, Women'd day
"Want to be featured here or have news to share? Write to info[at]saurenergy.com