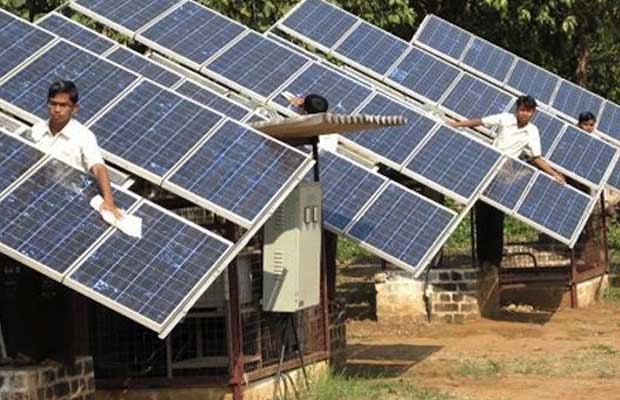 A Parliamentary panel has asked the government to launch a scheme to set up solar power projects through qualified unemployed or under-employed youth, as assured by it on the floor of the House.

“The implementation of the Assurance given in reply to unstarred question 1778 on March 5, 2015 regarding solar projects is of paramount importance for augmenting energy generating capacity and empowering educated unemployed youths in the country,” said a Parliamentary Committee on Government Assurances in its report tabled in Lok Sabha today.

The panel chaired by Ramesh Pokhriyal Nishank said,”By implementing the assurance, a new promising scheme with the above dual purpose will be launched which has the potential to be game changer in the countrys energy scenario and self-employment sector.”

It observed,”…as a matter of concern, not much progress has been made in the finalisation of this laudable scheme even though a period of more than one year has elapsed since the assurance was given on the floor of the House. “The committee would like the the Ministry (of New and Renewable) to realise the importance of the scheme and step up their efforts and the level of coordination with all the stakeholders including states and finalise and launch the scheme without further delay so as to fulfill the assurance and derive maximum benefit from the scheme.”

On solar thermal power projects, it said,”The committee deprecate undue delay on the part of the government in decision making process and urge them to take proactive steps to consider all the attended factors and expeditiously come up with a final decision on extending the commissioning date of three solar thermal power projects in Rajasthan and fulfill the assurance.”

On progress over setting up centre of excellence for Hydrogen Energy and Fuel Cells the panel noted,”..no progress has been made in this direction even after more than one year of giving the assurance due to uncertainties in land allotment, lack of coordination with BHEL which has also been alloted land in the same campus (in National Institute of Solar Energy) and failure of the Ministry to take firm decision on time.”

It said that the ministry should expedite negotiations with BHEL so as to ensure allotment of land for Centre of Excellence without further delay and the same could be set up at the earliest for larger benefit of the country.

The panel also asked the ministry to expedite the finalisation of National Wind Energy Mission and launch it at the earliest. PTI KKS MR