RESEARCHERS at the University of Huddersfield have undertaken the largest study to date into the effectiveness of solar panels across the UK and discovered that parts of the country are suffering an overall power loss of up to 25% because of the issue of regional ‘hot spots’.  Hot spots were also found to be more prevalent in the North of England than in the south. 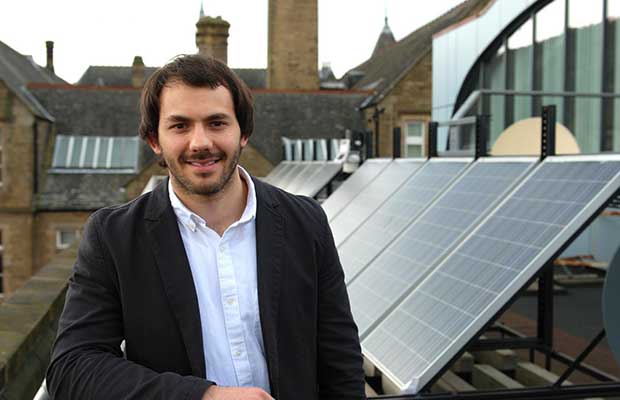 Dr Mahmoud Dhimish, a lecturer in Electronics and Control Engineering and co-director of the Photovoltaics Laboratory at the University, analysed 2,580 polycrystalline silicon photovoltaic (PV) panels distributed across the UK.  The UK has been fossil-free for two years and demand is constantly increasing for renewable energy.

After quantifying the data, Dr Dhimish discovered that the panels found to have hot spots generated a power output notably less than those that didn’t.  He also discovered that location was a primary contributor in the distribution of hot spots.

Photovoltaics hot spots are areas of elevated temperature which can affect only part of the solar panel.  They are a result of a localised decrease in efficiency and the main cause of accelerated PV ageing, often causing permanent damage to the solar panel’s lifetime performance.

According to Dr Dhimish, this is the first time an investigation into how hot spots impact the performance of PV panels has been conducted from such a large scale data set and says the project uncovered results which demonstrate the preferred location of UK hot spots.

“This research showed the unprecedented density of hot spots in the North of England,” said Dr Dhimish.  “Over 90% of the hot spots are located in the north and most of these are inland, with considerably less seen on the coast.”

Dr Dhimish says this confirms results from previous research, which concludes when affected cells are partially shaded, it increases the likelihood of hot spots.

But he said what was surprising, was the lesser amount seen around coastal regions, which leads him to believe cooler winds coming in from the ocean are keeping the overall temperature of the PV panels down and are preventing hot spots occurring.

In order to increase the reliability and durability of future residential photovoltaics installations, Dr Dhimish has made three recommendations.

“PV panels, or defective bypass diodes, affected by multiple hot spotted PV Cells have to be replaced since they significantly reduce the reliability and yield energy of the PV installation,” he said.

“Secondly, it is recommended to install the solar panels in coastal locations because they are less likely to be affected by the hot spotting phenomenon and finally, the solar energy industry must start investigating the impact of PV hot spotting on the accuracy of existing maximum power point tracking (MPPT) units available in the market.”