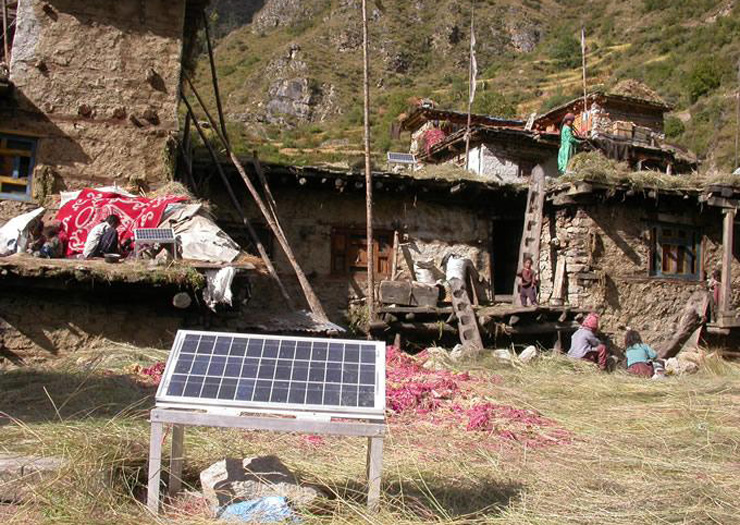 Extending the UNDP’s efforts, Kyocera offered solar power generating systems for use at Gorkha District Hospital and a rehabilitation facility supported by the International Organization of Migration in Sindhupalchowk District.

“The private sector often has innovative and applicable solutions and in this case, UNDP is excited to partner with Kyocera, an electronics leader in Japan,” said Renaud Meyer, UNDP Country Director in Nepal. “These portable solar-powered systems will hasten the recovery of Nepal’s public sector and help in restoring critical local public services.”

“Kyocera is honored to work with the UNDP and hope that the donated systems, by operating as reliable independent energy sources, will contribute to improving medical facilities and help the people in the community to regain their livelihoods as quickly as possible,” said Toshihide Koyano, executive officer and general manager of the Corporate Solar Energy Group at Kyocera Corporation.

In June 2015, the Kyocera Group is known to have provided a monetary donation for relief aid and reconstruction to the people and communities affected by the earthquake in Nepal. However, the disaster-stricken region is still in the midst of reconstruction and the UNDP is rebuilding temporary facilities as well as restoring infrastructure and lifelines such as electricity and water supply.

According to the UNDP, sustainable energy solutions have long-term applications towards achieving Sustainable Development Goals (SDGs) in environmental and disaster risk management.

The company states that it started it research into solar energy in 1975 when the world faced huge oil crisis. And in the early 1980s, the company began providing solar power systems to regions without electricity including Pakistan and China.