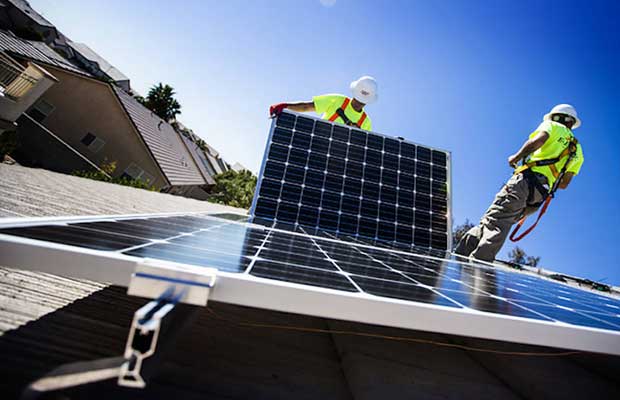 KOR Energy (India) Pvt. Ltd. has announced that it has installed a 100 KWp Grid Tied Rooftop Solar System at Delhi Public School (DPS), Chandauli Mohansarai Bypass Road, Varanasi. The project is a part of National Solar Mission and has a power generation capacity of 1, 45,000 units of electricity every year. It empowers the green power generation and provides efficient way for schools to meet their energy needs said the company in a statement.

Sushil Kumar Sarawgi, Director, KOR Energy (India) Pvt. Ltd. said, “We are delighted to execute this project for a school and make a contribution towards realization of our Prime Minister’s commitment towards clean and green energy, through solar power generation. We constantly look at opportunities to exploit renewable energy sources. This is yet another milestone in our quest”.

The Solar system will have an additional benefit of net metering, which will result in receiving credit in electricity bill against the excess electricity generated by the solar system especially during off peak hours and school holidays. The payback period of installed solar system can be achieved in 4 to 5 years and the performance warranty of the whole system is of 25 years that makes the solar system investment a reliable and cost effective decision.

“We understand that solar is the need of the hour therefore our vision is to help India go green by empowering establishments through renewable energy technologies. Rooftop Solar System installed at DPS will produce approximately 12000 units of electricity resulting in savings of Rs 85000 per month to DPS. Thus, making it cost effective,” added Sarawgi.

Delhi Public School will get subsidy from Solar Energy Corporation of India under government scheme of subsidy of 30% on project cost solar for schools, colleges and other non-profit trusts and societies. Due to provision of accelerated depreciation on commercial establishment, Delhi Public School will get major tax relief in the upfront cost of solar plant. DPS will be saving near Rs. 2.5 crore in solar panel investment over lifetime of the project.