Kolkata To Collaborate With Uzbekistan for Relaying Solar Power

A 10MW Solar power plant at the banks of Canal, inaugurated by CM Mamata Bannerjee has already been commissioned. 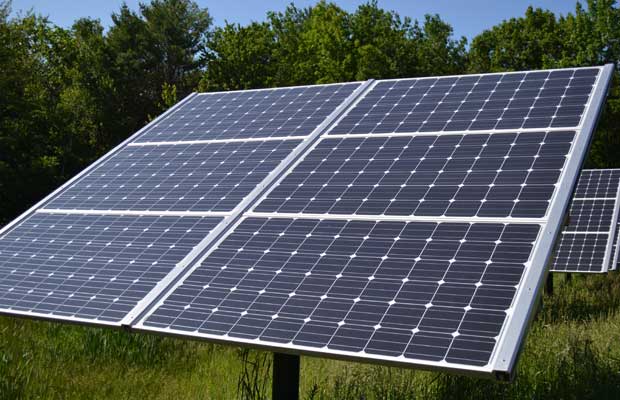 Farhod Arziev, Uzbekistan ambassador along with his delegation met Sobhondeb Chattopadhyay, state Power minister, at his state Assembly chamber. The purpose of the meet was to seek Bengal government’s cooperation to gear up solar power production. The Uzbekistan delegation also expressed their keen interest in Bengal’s short-term and long-term plans of utilizing solar power.

“They have sought our technological expertise after being informed about our progress in the field of channelling solar energy. We also handed them over some documents related to the work done by us. A team comprising power experts and officers from Uzbekistan will soon be meeting me and my team,” said Chattopadhyay.  Along with a few other officials from the department Santanu Bose, chairman of West Bengal Power Development Corporation Ltd. also attended the meeting.

A official from the power department said: “Uzbekistan uses around three percent solar power while we use around four. In the next 18 months, we will bring about a radical change in the solar energy scenario.” He then disclosed: “We have plans to introduce solar power in as many as 1,000 institutions across the state.”

A 10MW Solar power plant at the banks of Canal, inaugurated by CM Mamata Bannerjee has already been commissioned. Banerjee also informed  “We are coming up with another 10 MW solar power plant atop Teesta Canal.”

The relaying of solar power through the “Aloshree” project has been constantly stressed by Banerjee.  In accordance to the project several government offices has installed rooftop solar plants. The 20KW solar power plant in South Kolkata’s Asutosh College has set an exemplary example for the same. Notably, the state Water Resource Investigation and Development department is considering to shift from the use electric pumps for irrigation to solar power to irrigate farms.