The solar power plant will help accomplishing the energy needs of the terminal building of Netaji Subhas Chandra Bose International (NSCBI) Airport having usage of 10-11MW a day.

The Kolkata airport’s ground mounted grid connected solar power plant is now commissioned to support operations on daily basis while promoting use of clean energy. The solar plant will be the biggest among all the Airports Authority India (AAI) all around India with a capacity of 15MW, Union Union Minister for Civil Aviation Ashok Gajapathi Raju will inaugurate the solar plant on 6 December 2017. 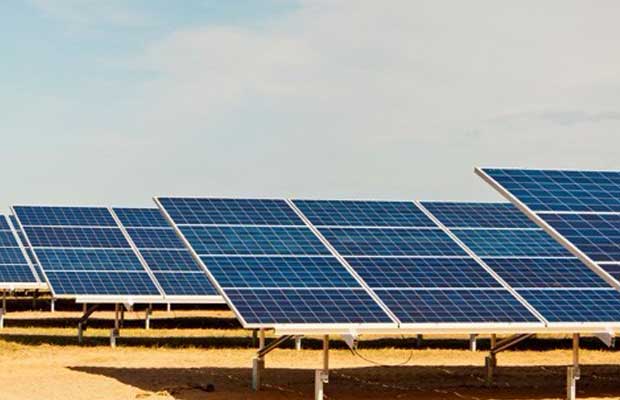 The solar plant will help accomplishing the energy needs of the terminal building of Netaji Subhas Chandra Bose International (NSCBI) Airport having usage of 10-11MW a day, Raheja added.

The solar panels have been installed over a 67.5 acre of land at the operational vicinity of the airport, Said the Netaji Subhas Chandra Bose International (NSCBI) airport Director Atul Dixit. The plant will generate 1.35 million units per month and this will reduce the AAI’s power bill by around 1.20 crore per month, Dixit added.

Besides operational glitches and uninterrupted rains the installation work was completed in record time of six months by AAI. The total project cost is Rs. 90 crore Dixit said.

AAI and private power utility CESC (DISCOM) has signed an agreement so that the excess power generated by it can be tranferred into CESC’s DISCOM grid and the airport can avail power from the grid when solar power is not available.

This is called ‘net metering benefit’ and AAI has obtained permission from the West Bengal Electricity Regulatory Commission for it, AAI officials said.