EV maker Kinetic Green is looking to set up a manufacturing facility for electric golf carts besides a battery swapping unit at an investment of Rs 1,750 crore in Andhra Pradesh, a top company official said. 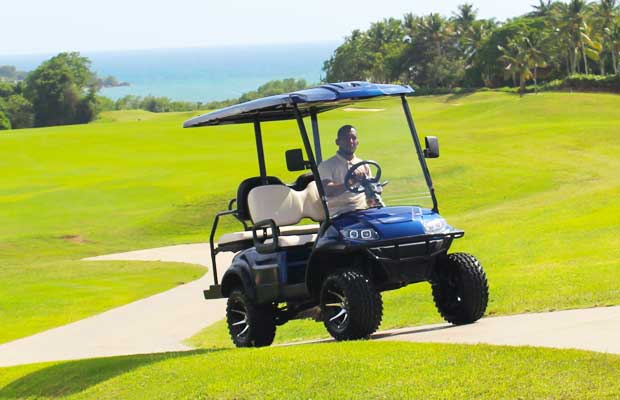 Kinetic Green Energy & Power Solutions, which is a part of the Pune-based Kinetic Group, had in February 2018 announced setting up of a joint venture with Tonino Lamborghini in India for design and manufacture of premium segment golf carts and other electric off-road vehicles.

“We are exploring the possibility of setting up a unit in SEZ for the golf cart project. It is in the proposal phase. It is a combination of a unit in SEZ and we are also looking at investment in setting up battery swapping (infrastructure) to promote electric three-wheelers irrespective of the brand,” Kinetic Green founder and CEO Sulajja Firodia Motwani told in an interaction.

She said the company has submitted a proposal to the Andhra Pradesh government, and it is awaiting the government’s response.

Motwani said the two projects– setting up a manufacturing facility for electric golf carts and a battery swapping unit — entail an investment of Rs 1,750 crore.

“For Lamborghini, we are looking to set up a plant in SEZ because that will allow us to have an attractive export opportunity,” she said adding that separately the company is looking at setting up a battery swapping unit for three-wheelers.

“We are looking at these opportunities as part of our proposal,” Motwani added.

She said Andhra Pradesh is the largest three-wheeler market in the country but only for the high-speed three-wheelers.

“There is no e-rickshaw market there. So, if you have to penetrate in the high-speed market you have to have battery swapping (facility) because then the vehicle becomes very attractive.”

Kinetic Green plans to set up the battery swapping infrastructure in the key cities of Andhra Pradesh so that three-wheelers can be sold in a large number, Motwani said.

“The network that we are looking at is not only for our three- wheelers but for any brand,” he added.