Three of the biggest module makers globally, Jinko, JA and Longi are betting that with their combined 54GW in capacity, the 182 mm module will face little headwinds to market acceptance in 2021. 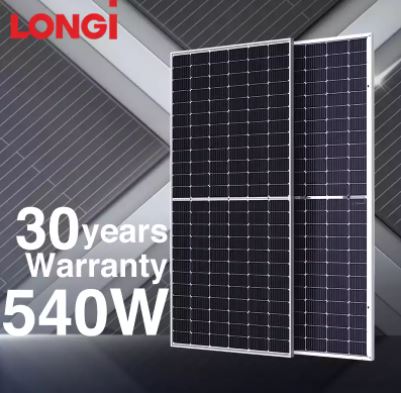 The importance of standards, and standardisation in the solar sector can never be overemphasised, considering the multiple parts that have to work together to make a successful solar plant. As a sector that sees every part and component pass through multiple tests and components for safety and performance, and major change is done after great consideration, and more importantly, buy in from relevant partners in the eco system. For the leading module makers in the business, one such question has been the size of modules going forward.

While the industry has broad consensus on the possibility of, and need for larger module sizes, the right size that would work for everyone is still being debated. In just the past three years, module sizes have moved frenetically after more than a decade of stable size of 156 mm. Now, we have modules ranging from 157mm to 210mm and many more in between, vying for attention.

Which is where, the consensus on the 182mm size matters More so, because of its backing by key module manufacturers, as well as other industry partners in inverters, testing and more.

Li Shaotang, Senior Product Manager of Longi Solar, commented, “As early as 2018, the industry came out with the idea of having larger module size to increase the power. However, larger size doesn’t mean better performance. Various boundary conditions for thorough consideration include manufacturing, transportation, reliability and manual installation. The 182mm modules effectively support the existing industrial specifications and electrical system. Additionally, in terms of LCOE, 182mm modules are superior to 210mm due to lower system cost, better generation capacity and reliability. The former is optimal for large-scale ground-mount power plants with flat terrain”.

“The increase in module size requires consideration of a number of factors, ranging from module’s circuit design, component matching design, reliability to process capability, packaging and transport, system design, and post-operation and maintenance.” said Zou Chicheng, Vice President of TUV Rhein. Zou suggested that enterprises seek an optimal solution between size and safety from the perspective of certification.

Meanwhile, the industry is steadily coming to terms with the fact that larger module sizes help in saving costs. Yu Hanbo, Senior Manager of Global Products at JinkoSolar, said, “Improving power generation by reducing line loss and internal loss is one of the ways to reduce costs.”

With three of the biggest manufacturers behind them, the 182 mm modules have gradually entered into the mass production phase.182mm products have a number of qualified suppliers in each of the processes, including crystal-pulling, slicing, cell and module manufacturing. It is estimated that in 2021, the production capacity of pull crystal-pulling, glass and film for the 182mm products will be more than 50% of the industry’s full capacity, and the proportion of pulling crystals will be as high as 91.7%.

Huawei and Sungrow, two key inverter manufacturers, indicated that related products can support 182mm modules comprehensively. According to Gan Binbin, Global Solutions Director at Huawei, the high-power modules bring forth the challenge of matching the maximum current of the inverter MPPT with the working current of the modules. In addition, the reliability risks of crack, hot spot and diode also increase. However, he added that Huawei’s products can fully support all modules and utilize AI BOOST’s intelligent algorithms and diagnostics to effectively reduce cost and increase efficiency.

Zhang Yanhu, Vice President of Sungrow, said, “The rise in module current will increase the diameter of low-voltage DC cables, thus driving up the material cost. At the same time, excessive variation of modules current will also affect the performance of string inverters and combiner boxes. While centralized inverters can be flexibly adapted to various versions of modules, the DC combiner boxes can be adapted to 182mm and 210mm modules.”

For PV trackers, Guo Zhikai, Senior Product Director of tracker leader NEXTracker, said, “Tracking system has met one challenge after another as solar modules upgrade. For today’s 182mm module, 1P/NX Horizon and 2P/NX Gemini products are fully compatible with its 72-cell version. The 78 version modules can further reduce costs, and solar module load values have been confirmed, which covers 100% of the project requirements. In terms of reliability, it has passed the new wind tunnel test, and even the largest module size can ensure its stability on the tracker.”

What we can be sure of is that with standardisation of the 182mm size, modules with rated output of 500 watts and more will become really common next year, with huge implications for LCOE of solar projects, as these modules might cut back requirement of land too, to an extent. The challenge as always? Keep bringing down those costs, so that the rest of the market can keep up.