Cleve Hill could have a capacity approximately of 350MW as compared to Wiltshire’s 69MW. 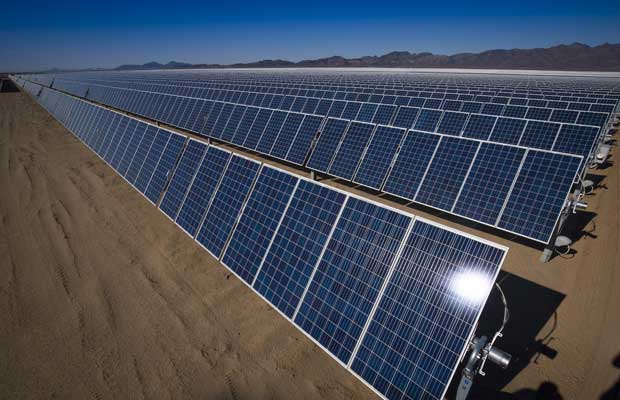 A huge solar power plant is now planned for the north Kent coast to be the UK’s biggest solar park, will help providing a significant boost to an industry in which subsidies were halted 18 months ago by the ministers. After being operational the project situated at Cleve Hills is slated to produce enough power for around 110,000 households in 2020 as proposed which is more than the UK’s current largest solar farm.

Only one big subsidy-free solar farm has been built since support was axed by the government in 2016, near Flitwick in Bedfordshire, but that was an extension to an existing solar farm built using earlier subsidies.

There were no government subsidy was provided after the support was removed except for an extension of an existing solar farm built using earlier subsidies since 2016. Land of 890 acres (365 hectares) of farmland near the village of Graveney has been allotted to the developers Hive Energy and Wirsol Energy to build the project.

Hugh Brennan of Hive Energy said: “The Cleve Hill solar park is a pioneering scheme that aims to optimise the technological developments in solar energy.”

Cleve Hill could have a capacity approximately of 350MW. At such huge scale production means the project will need approval from the Department for Business, Energy and Industrial Strategy. Britain’s biggest existing solar farm is at Lyneham in Wiltshire produces 69MW and is owned by the government. Notably, most of the UK’s solar farms are relatively small, and only around 80 can generate more than 20MW.