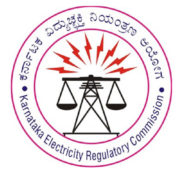 The Karnataka Electricity Regulatory Commission (KERC), in an order yesterday (August 24), has given a further three months extension to all relevant parties in the state to meet their Renewable Purchase Obligations (RPO) for Fy 2020, by November 30, 2020. Effectively adding a full nine months to the original date of March 31. In effect, obligated entities can actually buy REC’s upto 110 percent of the shortfall by Dec 31 effectively, to avoid penalties under the electricity act.  Where that leaves us with obligations for FY 2021 is anyone’s guess, as there is no way that those commitments will be met too.

Interestingly, the real impact of the Covid-19 pandemic in India was only felt from March 24 onwards, when the first of the lockdowns started in earnest.

The first extension of three months had been granted on May 13, 2020. The suspension of trading in REC’s by the ATE on 26th July, for a period of four weeks till August 26, gave the entities another reason to plead for an extension, which they have been duly granted. The order will benefit distribution licensees, grid connected captive consumers, and open access consumers in the state.

Interestingly, in some other states, the regulators have also waived RPO obligations, and in others, waived penalties.

The decision by the KERC is likely to be one of a wave of similar extensions, waivers and forbearance across regulators in the country. That is one way in which the impact of the Covid 19 pandemic, even assuming a full resumption of economic activities by say, October end, will linger for many months beyond, or perhaps even all of FY 2021.

In that environment, the possible passage of the proposed Electricity Act (Amendment) bill 2020 could be very tricky. Not only does the act propose far more stringent penalties for non compliance with RPO’s, it also seeks to remove subjective decision making from the hands of the state level regulators on issues like these. One reason why many state governments, notably those that are lagging the mot in renewable energy capacity as well as with loss making discoms, are not in favour of the act so far.