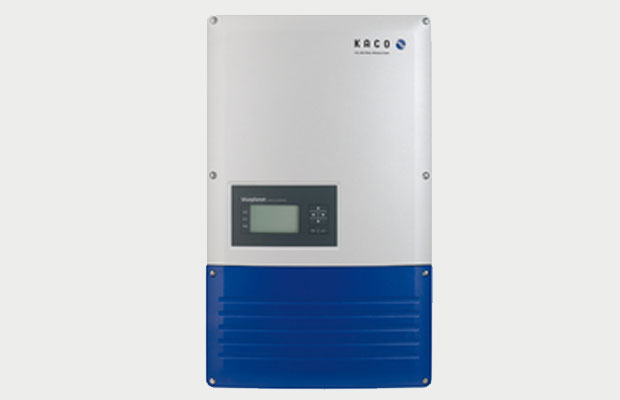 German inverter manufacturer KACO new energy is extending its product range in the medium power class. Three inverters are equipped as standard for fitting with overvoltage protection of Type 1+2.

To protect photovoltaic systems against damage caused by overvoltage, KACO new energy GmbH offers three inverters with the corresponding safety function. These inverters are supplied as standard with an SPD (Surge Protection Device) socket. The appropriate device for overvoltage protection can be fitted into the socket as required. Type 1+2 SPDs are also available to order from KACO new energy. Installers can easily and safely insert them into the SPD socket as a plug-and-play solution when installing the inverter.

Two of the inverters are the existing models, Powador 12.0 TL3 and blueplanet 20.0 TL3, and will be available as SPD versions from March 2017 onwards. The third inverter is the new blueplanet 15.0 TL3, which will be supplied with the pre-fitted socket from its market launch in July 2017. The company notes that if decision for protection against overvoltage is made after initial installation, the combined SPD fitting can be ordered and retrofitted later. There is also no downside for buyers if the surge protection device is not used: the socket is included at no additional charge.

Inverters of higher power classes, up to 60 kilowatts, have already been available in SPD versions for some time.

The rising demand for lightning and overvoltage protection is due to the fact that insurance providers increasingly require protective measures for solar power systems on rooftops and solar farms. In addition, national regulations governing overvoltage protection are already in place in several European countries – including the Netherlands, Austria and Switzerland.