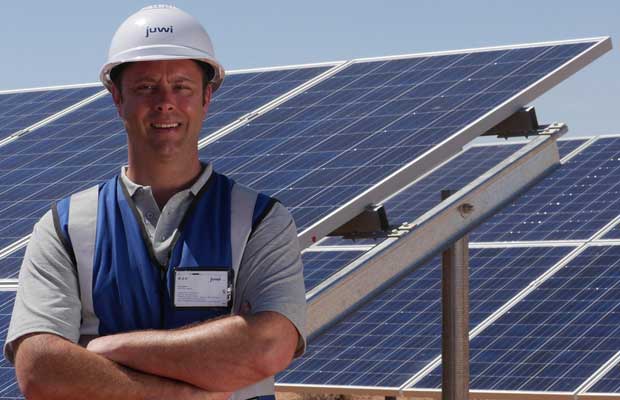 The German juwi group, one of the world’s leading project developers and EPC service providers in the field of renewable energies, successfully put into operation two large solar power projects in Turkey. The first project consists of an 18.6MW portfolio which is located in the cities of Konya and Nevşehir, the second one is located in the city of Burdur and has an installed capacity of 1.1MW.

The 18.6MW project consists of 18 separate (unlicensed) solar power plants and was commissioned in November this year. Eight solar power plants are installed in Konya, in the Central Anatolia region, some 300 kilometers north-east of Antalya, and ten solar power plants in Nevşehir. Nevşehir is located about 200 kilometers north-east of the city of Konya. The combined module surface is more than 110,000 square meters; the projected annual energy yield is more than 30 million kilowatt hours of climate-friendly electricity. All projects have been planned, designed and executed by juwi’s subsidiary juwi Yenilenebilir Enerji A.Ş.

Commenting on the commissioning, Turkey General Manager Korhan Göğüş says:  “We are pleased to have successfully transferred the solar power parks into the hands of our clients. The Turkish energy market offers great potential for renewables and we are just at the beginning of a long road, in particular with regard to the country’s target for solar energy.” The target set by Turkey in 2016 was 10GW. As of the end of September 2017, 1897 megawatts of solar power have been installed in the country.  Market analysts estimate the size of the Turkish solar market to be USD 10 billion. “juwi is well-positioned in this developing market and has an extensive pipeline of potential projects and will successfully realize more projects in the future,” Korhan Göğüş says.