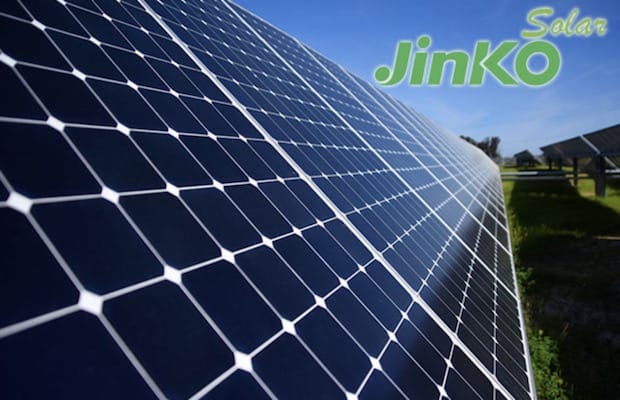 JinkoSolar, one of the largest and most innovative solar module manufacturers in the world, has announced that it has officially launched a new high-efficiency “Tiger” module using 9-busbar Mono PERC and Tiling Ribbon (TR) technology at All-Energy Australia 2019, Australia’s largest national showcase of clean and renewable energy, held in Melbourne.

With module efficiency of 20.78 percent, the new Tiger module is capable of generating up to 460 Wp of peak power output which is suitable for both utility and rooftop installations.

“Our new Tiger module delivers significantly higher power output and an easy performance boost that doesn’t require much extra effort for customers to install,” said Kangping Chen, CEO of JinkoSolar. “This is another step forward technologically for JinkoSolar and demonstrates our ability to innovate advanced technologies as we accelerate towards the era of grid parity.”

The firm has also announced recently that it has partnered with Photon Energy Solutions, an arm of Photon Energy, to supply13.6 MW in PV solar modules for project development in Hungary. The modules will be installed by Photon Energy at three projects which comprise of a further nineteen solar power plants located at Tiszakécske, Almásfüzitő, and Nagyecsed in Hungary. Post completion, these power plants are expected to generate nearly 16 GWh of electricity annually.

JinkoSolar Europe, General Manager, Frank Niendorf said that “Photon Energy is an important European Investor and EPC client and we are very happy to expand our partnership with them in Hungary. Central Eastern Europe, and the Hungarian market, in particular, is showing great growth potential.”