Even as 2020 marked a decisive shift to higher output (500 Wplus) modules, JinkoSolar’s Tiger Neo, with an efficiency up to 22.3%, and a promise to have 15-20W more wattage than the conventional p-PERC panel of the same size is set to be a frontrunner. Unlike other panels whose higher power comes from enlarged sizes, Tiger Neo derives this result simply from increased efficiency. For instance, the power rating of Tiger Neo 72-cell version based on 182” wafer is ranging from 555W to 575W with mainstream at 565W, while conventional PERC modules are rated 540 W to 560W with maximum focus on 550W. 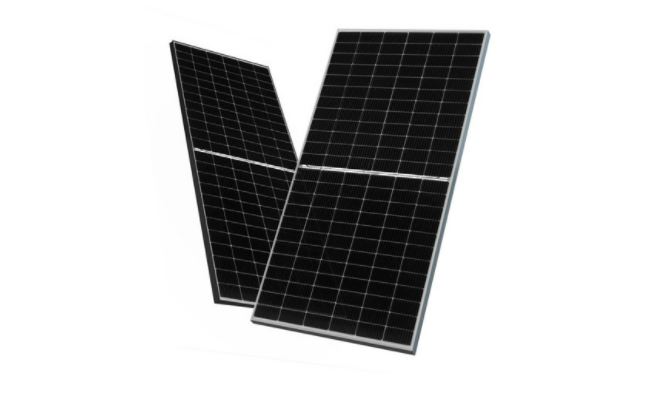 Tiger Neo 78-cell version has power rating well above 610W. In addition, with the same power rating and compact size, Jinko claims that  Tiger Neo has an energy yield of 3% to 5% higher than conventional modules. For example, panels rated at 605W don’t come with a high bifacial factor. Tiger Neo produces over 3% more power than its p-PERC counterparts owing to its benefits including lower degradation, higher temperature, better low light performance in the morning and later afternoon, lower rate of LID (light-induced degradation) and does not suffer from LeTID (light and elevated temperature induced degradation), unlike P-type cells.

The main driver for developing more powerful solar panels stems from the desire to decrease the cost of utility-scale solar farms and ultimately reduce electricity prices. Since high output panels require an equivalent amount of connections and labour compared to low wattage panels, the installation cost per kW is reduced, resulting in lower overall cost and decreased LCOE. But conventional 605W 210 p-PERC panel has enormous size at about 1303mm wide which makes it challenging to handle on most rooftops, while Tiger Neo has smarter size at about 1134 mm wide which enables more panels to be connected per string, furthermore, making panel carrying and installation easier and more friendly. In addition to power density, Tiger Neo 605W promises 3%-5% extra produced energy over its 600W p-PERC counterparts which means high power per watt (kWh/kWp). From the system safety perspective, Tiger Neo 605W is advantageous in lower short circuit current at 14A while its 210 p-PERC 605W panels are at about 15A.

By combining higher wattage and higher efficiency, Tiger Neo claims to deliver a cost-advantage as compared to other premium high efficiency makes.

* The Tiger Neo 78-cell version is an ultra-high power panel, and its 72-cell panel has a power output ranging from 555W to 575W, while the 60-cell residential panel comes in a 460-480W model. All Tiger Neo modules have an efficiency of up to 22.3%, which is higher than what’s currently available on the market. Making the deal sweeter are these promises from the firm.

* Improved High-Temperature Performance: When solar panels get hotter, they can lose the ability to generate power. Tiger Neo panels have a much lower temperature co-efficient compared to conventional modules, which results in delivering higher output in hotter weather.

* Excellent Low Light Performance: There are times in the day when solar panels are not able to capture 100% of the available sunlight, e.g during mornings, evenings, or cloudy skies. Tiger Neo panels have excellent performance under these low light conditions.

Improved high-temperature performance- Tiger Neo panels slowly lose their ability to generate power as they get hotter, thanks to their much lower temperature co-efficient to other modules.

Low LID- The Light Induced Degradation (LID) and LeTID of Tiger Neo is extremely low when compared with the standard P-type cells.

With its proventTrack record and field performance- Jinkosolar has been involved in delivering nearly 100GW of quality panels to over 170 countries, more than any of other brands to date. That will ensure the sort of headstart for Tiger Neo modules most other manufacturers can only pray for.