Japan’s SoftBank Group Corp. has its mind on collaborating with Indian manufacturers to produce the solar panels that will facilitate in meeting the Prime Minister Narendra Modi’s energy targets. 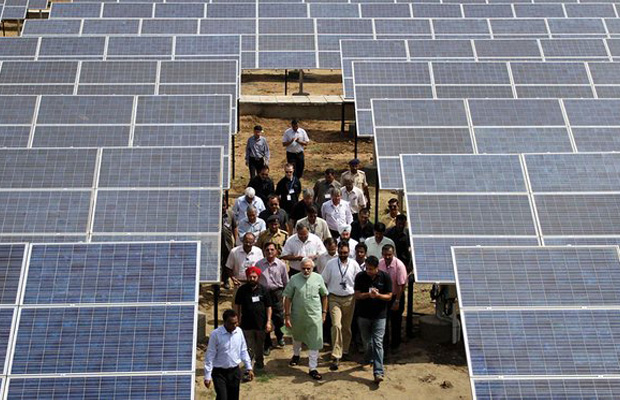 He also ruled out making the panels through the company’s existing joint venture, formed last year with Foxconn Technology Group and Bharti Enterprises Pvt. to generate about 20 GW of solar power.

SB Energy could finalize a new joint venture once the Indian government introduces a made-in-India policy for panel manufacturing, according to Kohli.

Most of India current solar-panel demand is satisfied through imports. In the first half of the year, the country was the second biggest importer of Chinese PV cells and modules, procuring almost 3 GW.

Kohli, the Ex-Managing Director at Bharti Enterprises Pvt. stated that India could also play a role in the manufacturing of power-storage solutions. Once prices near the rupee a kilowatt-hour level, Indian companies could be primed to compete.

“It will take three more years when storage will reach the affordability that India needs,” Kohli added further. He mentioned that Government policies encouraging local production could make India one of the biggest storage manufacturers.

Manoj Kohli also stated that SB Energy’s existing joint venture is currently concentrating on the development of 350 megawatts capacity in the south Indian state of Andhra Pradesh. The $400 million project may be commissioned by March 2017.

“Financing for our India solar portfolio will come from a mix of Japanese, international and Indian lenders,” he added.