Jaipur Metro to harness solar energy at its eight stations 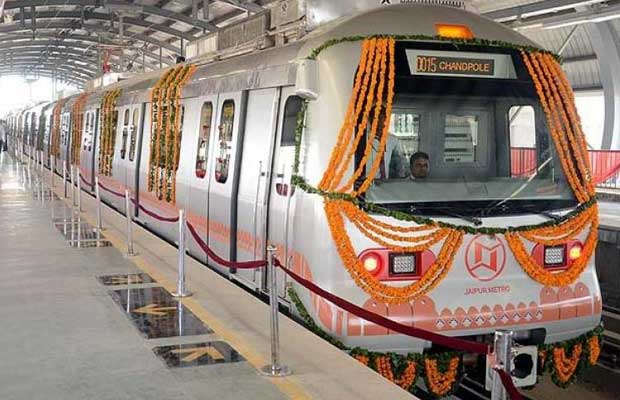 ‘‘The Solar Energy Corporation of India Limited has finalised Hero firm to install the rooftop solar panels which will maintain it for next 25 years,’’ JMRC director (operations) C S Jeengar said.

“JMRC received a proposal from the Centre under its scheme to install the rooftop solar panels. Now, the state has to send its final approval after that work for installation will be started,” stated an official.

The JMRC will be buying the electricity generated through PPA signed, while the developer will invest, owns and operate the system.

“The JMRC will purchase electricity for Rs 5.37 per unit for next 25 years. At present, the electricity consumption of one Metro station is approximately 1,200 units per day. The rooftop solar panels will generate approximately 600-700 units and it would cater half of the demand.”

The Jaipur Metro is the first department in the state to install rooftop solar panels under Centre government’s ambitious scheme. Central government has set a target for installation of 100GW solar power plants by 2022. Out of this, about 40GW has to come from grid connected solar rooftops systems. The Government of India wants state of Rajasthan to play an active role in installing solar rooftops systems.