EPC Company has announced its progress in construction of its 10MW Afghanistan solar power project which is also the country’s first tariff based solar power plant. 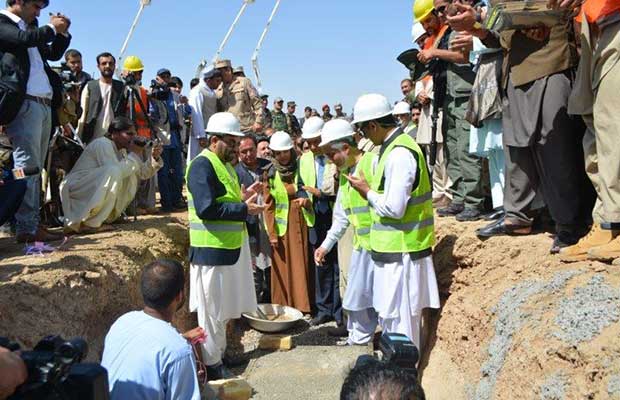 The project is being executed with the support of United States Agency for International Development (USAID), Da Afghanistan Breshna Sherkat (DABS) and the national utility company of Afghanistan.

The project was officially launched in September this year and is poised to support 1.15 million people residing in the Kandahar province. The project is being developed by Dynasty Oil & Gas Private Limited (DOGPL), a wholly owned subsidiary of Jaguar Overseas Limited headquartered in New Delhi.

JOL has signed a 15-year Power Purchase Agreement with (DABS), an independent and autonomous company established under The Corporations and Limited Liabilities Law of the Islamic Republic of Afghanistan (IROA) entrusted to operate and manage electric power generation, import, transmission, and distribution throughout Afghanistan on a commercial basis.

DABS will purchase power produced by JOL at a pre-defined rate for the next 15 years extendable up to 25 years.

Deepak Mathur, Chief Executive Officer, Jaguar Overseas Limited, said, “The successful completion of this project will not only help in the growth of Kandahar but will also provide an impetus for improving the business climate through the availability of low cost power in the region.”

USAID, which provides the largest bilateral civilian assistance program to Afghanistan, has spent almost $17 billion on development programs in the country since 2002.  It partners with the government and the people of Afghanistan to ensure economic growth led by the country’s private sector, to establish a democratic and capable state governed by the rule of law, and to provide basic health and education services for all Afghans.

Michael McCord, Acting USAID/Afghanistan Mission Director, said, “We strongly believe that promotion of the private sector is the key to ensure further development of Afghanistan’s energy sector. We would continue to encourage more private/public investments in Afghanistan which will lead to economic growth, security and prosperity for the Afghan people”.