Home » News » ISA can act as a medium to achieve universal energy access target set up before 2030: Piyush Goyal

ISA can act as a medium to achieve universal energy access target set up before 2030: Piyush Goyal 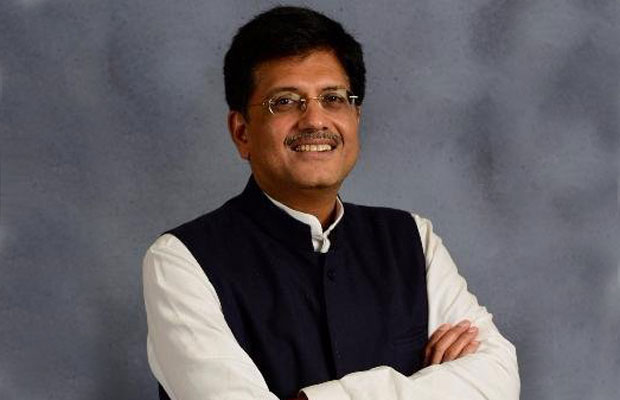 Piyush Goyal also said that Scaling Solar MiniGrids shall work in tandem with ISA’s over all objectives and already existing two programmes, namely Scaling Solar Applications for Agricultural Use and Affordable Finance at Scale launched on 22nd April, 2016.

Minister of State (IC) for Power, Coal, Mines and New & Renewable Energy, Piyush Goyal, at the launch of “Scaling Solar Mini Grids”, said that International Solar Alliance (ISA) can act as a medium to spread lessons on energy security which can help achieve universal energy access target set up in SDGs before 2030.

Piyush Goyal also said that Scaling Solar MiniGrids shall work in tandem with ISA’s over all objectives and already existing two programmes, namely Scaling Solar Applications for Agricultural Use and Affordable Finance at Scale launched on 22nd April, 2016. The main activities under the programme shall include-design and deploy small grids, adopt common standards, aggregate demand, help establish global credit enhancement and de-risking mechanisms, call for expression of interest, assess demand and costs requirement for mini grid projects, identify/develop attractive payment models for consumers, and persuade member countries with overseas assistance budgets to earmark a portion of their soft loan for the Third Programme.

The objective of the event is to cater to the energy needs of ISA Member states in identified areas with unreliable or no grid(s), and in island member states having abundant potential to tap solar energy. Such participating member countries can take advantage of the available solutions to promote universal energy access and reduce electricity costs and tariffs through introduction and promotion of mini, micro, and nano grids with smart features for harnessing solar power, in a time bound manner.

Ahmed Said Hassaini Djaffar, Vice President of the Republic of Comoros in his address welcomed the ISA initiative and stated that Africa is a solar resource rich region and can help achieve targets in solar energy.

ISA’s third programme is an attempt to address the challenges in integrating solar energy into insular or unconnected electricity grids. The challenges mainly include iniquitous electricity tariff regimes, small and disaggregated size of the markets, building up of local skill sets, lack of access to low cost capital, effective interconnection to grids in rural, remote and urban areas etc. In addition management of variability, intermittency and its impact on the stability of small-scale electricity systems also add to the woes.

Recently Expression of Interest have been received from Indian companies to install 664,000 solar pumps, install 56 MW of Minigrids and train 5400 solar mechanics in the African countries who have signed and ratified the ISA Framework Agreement. Government of India is extending a US $ 10 billion line of credit for undertaking developmental work in African countries. On the request of ISA, Government of India has agreed to earmark 15-20% of this line of credit for undertaking solar related projects. H.E. Mrs.  Ségolène Royal, Minister for Environment, Energy and Marine Affairs of France, in charge of International Relations on climate change, was the main architect and motivator to launch this programme during such a short period. Delegation from the French Embassy was present too on this occasion.

The International Solar Alliance is an initiative jointly launched by the PM Modi and President of France on 30th November 2015 at Paris, in the presence of the Secretary General of the UN, on the side lines of COP21. The main objective of ISA is to undertake joint efforts required to reduce the cost of finance and the cost of technology, mobilize more than US $ 1000 billion of investments needed by 2030 for massive deployment of solar energy, and pave the way for future technologies adapted to the needs of 121 countries lying fully or partially between the Tropics. So far 31 countries have signed the Framework Agreement of the ISA, which is the first international and intergovernmental organization to be headquartered in India.