The International Solar Alliance will become a treaty-based international intergovernmental organisation on December 6, 2017. 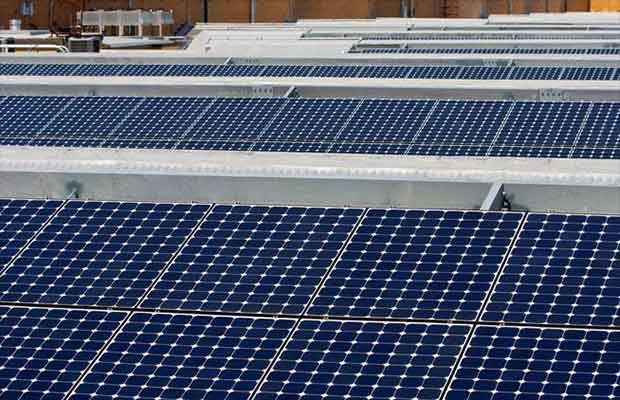 A mechanism for reducing the risks associated with financing of solar power projects and make them workable under the aegis of the International Solar Alliance (ISA) is set to be rolled out in a year, the Ministry of New and Renewable Energy (MNRE) said in a statement.

ISA has been developing a Common Risk Mitigating Mechanism (CRMM) for de-risking and reducing financial cost of solar projects in the ISA member countries.

“In terms of its Framework Agreement, with ratification by Guinea as the 15th country on November 6, 2017, the ISA will become a treaty-based international intergovernmental organisation on December 6, 2017,” MNRE said.

It aims at addressing obstacles to deployment at scale of solar energy through better harmonisation and aggregation of demand from solar rich countries lying fully or partially between the Tropics of Cancer and Capricorn. As of date, 46 countries have signed and 19 countries have ratified the Framework Agreement of ISA.

The ISA Interim Secretariat has been operational as a de-facto organisation since January 25, 2016. Three programmes – Scaling Solar Applications for Agriculture Use, Affordable Finance at Scale, and Scaling Solar Mini-grids – have been launched.

These programmes will help in achieving the overall goal of increasing solar energy deployment in the ISA member countries for achieving universal energy access and speeding up economic development.

Another major initiative under ISA is Digital Infopedia which allow stake holders from ISA countries to collaborate with each other. The interactive platform was operationalized in May 2017 and has three heads — member countries counter for investment opportunities; at least 1,000 best practices on solar energy; and member countries of ISA and the ISA Secretariat audio and visual interaction.

The Paris Declaration establishing ISA states that the countries share the collective ambition to undertake innovative and concerted efforts for reducing the cost of finance and cost of technology for immediate deployment solar generation assets.

This will pave the way for future solar generation, storage and good technologies for each prospective member countries’ individual needs, by effectively mobilising more than USD 1,000 billion in investments that will be required by 2030.

India has offered to meet ISA Secretariat expenses for initial five years. In addition, India has set aside USD 2 billion for solar projects in Africa out of USD 10 billion concessional Line of Credit for the continent. France has also earmarked Euro 300 million soft loan for solar related projects in the ISA member countries.

The International Solar Alliance is an Indian initiative, jointly launched by the Prime Minister Narendra Modi and President of France on November 30, 2015 in Paris, on the sidelines of COP-21, the UN Climate Conference.