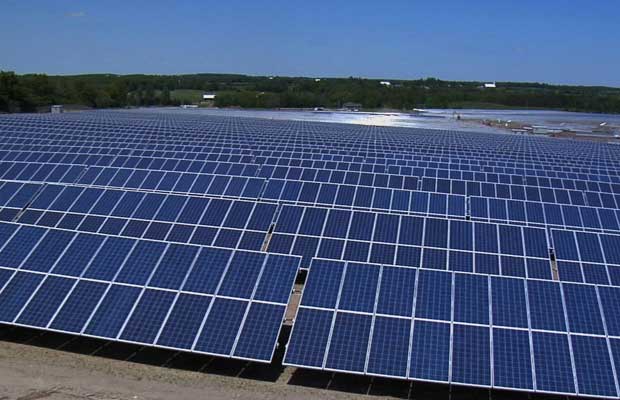 ISS only develops and builds Utility Scale solar projects that range in size from 20MW(AC) to well over 200MW and has a total pipeline of approximately 10 GW’s of new projects spread over twenty various states, territories and municipalities.

Innovative Solar Systems becomes the single largest developer of Solar Farms in US with the largest available pipeline of Utility Scale projects for sale in the US. ISS only develops and builds Utility Scale solar projects that range in size from 20MW(AC) to well over 200MW and has a total pipeline of approximately 10 GW’s of new projects spread over twenty various states, territories and municipalities. The company is presently selling off 300MW-500MW blocks of crown jewel projects to investors and funds that wish to become a major player in the solar industry.  According to the company, it currently has the country’s largest projects online east of the Rockies and is now ranked as the #1 Developer of Solar Farm Projects in the U.S.

Innovative Solar Systems takes care of everything from early stage project development, final deal structure, financing, EPC and O&M. ISS typically works with various Renewable Energy Funds, Private Investment Bankers, Pension Funds and large Family Offices wishing to buy, own and hold large Solar Farm assets across the U.S. ISS is unique in that no one else in the entire United States has the size, magnitude and quality of projects that ISS has for sale at present or as we move forward over the next five years. The company currently has almost 200 projects totally over 10 GW’s that are in early stage development and that can be rapidly brought to “Shovel Ready” status and then to COD. ISS also has long term strategic contracts with EPC’s that will construct projects for less than $1/watt using only Tier One Equipment and PV Panels. Overall Returns on ISS Solar Farms are unmatched for many reasons.

The Financial Returns (IRR’s) on ISS projects are some of the best in the industry and the company’s six year track record in the solar industry is unmatched. ISS does not attempt to sell our crown jewel projects to other solar companies and developers – we do NOT sell our projects to competitors who only wish to gain more insight into solar farm development, ISS ONLY sells projects to pure investment groups and partners wishing to quickly buy and invest in these projects that range in finished cost from $30MM to $500MM. If your investment fund, family office or group of private investors wishes to explore ISS’s current pipeline of projects for sale please contact our CFO or CEO below to learn more.