The facility is expected to produce a gross estimated long-term average of 1,230 GWh and will be the largest wind farm project built by Innergex. 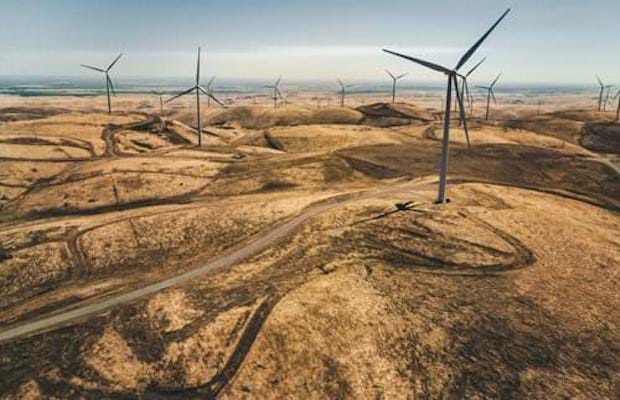 The $290.9 million financing has been arranged with lenders Santander, MUFG, Zions Bancorp and the Royal Bank of Canada, backed by a $275.0 million tax equity commitment from Berkshire Hathaway Energy and a $23.3 million 7-year term loan facility with a 10-year amortisation period to be provided by the lenders upon the commercial operation date.

“Foard City is the largest wind farm project ever built by Innergex and, with the Phoebe solar project under construction, will add almost 600 MW of new installed capacity in the United States by the end of 2019,” said Michel Letellier, President and Chief Executive Officer of Innergex. “The construction activities progress well on site and Innergex is excited to secure financings which optimise the capital structure in a way that creates maximum value for our shareholders.”

Management expects to receive approval of a layout of 327.6 MW for the Foard City wind project from the Federal Aviation Administration in the coming months. Up to now, 94 turbines out of 130 already received their approval. Construction costs should amount to $384.8 million and the project is expected to reach commercial operation in Fall 2019. The facility is expected to produce a gross estimated long-term average of 1,230 GWh and projected revenues and projected Adjusted EBITDA for the first full year of operation are $20.1 million and $10.1 million respectively.

In addition, the project will benefit from 100% of the US Production Tax Credits (“PTCs”), representing $0.024 per kWh of electricity produced for the first 10 years of operations. This amounts to an after-tax benefit of approximately $29.5 million per year adjusted to inflation annually and, coupled with other tax attributes, will support the $275.0 million tax equity investment.