The Management of Ingeteam Power Technology expressed its satisfaction with the contract award, emphasizing the fact that “the signing of this contract is the fruit of all the hard work put in right from the outset. 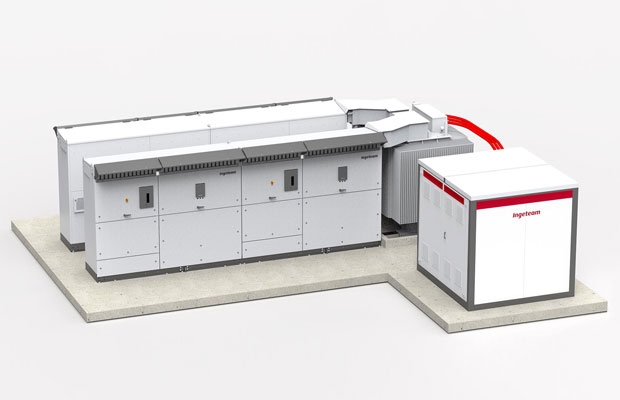 Ingeteam Power Technology has been awarded the supply contract for the world’s largest photovoltaic plant, being built by Sterling and Wilson, one of the leading global solar EPC companies. The Sweihan PV project, which is to be constructed in Abu Dhabi (United Arab Emirates), is to have an installed power of 1,177.36 MW. Once inaugurated, this will be the largest PV project in the world to be constructed in a single generating power plant.

The consortium of companies responsible for the development and operation of the Sweihan PV project, awarded the engineering and construction work to the Indian company Sterling & Wilson, which then selected Ingeteam’s technology for this project.

Therefore, in early 2018, Ingeteam will start to supply its new 1,000 Vdc INGECON SUN PowerMax B series central inverters, capable of delivering a power output of up to 2,330 kW. These units are known as dual inverters due to the fact that they combine two power blocks with a common AC busbar, facilitating the direct connection with the medium voltage transformer. The solution provided in power station format comprises two dual inverters together with the other devices required for low to medium voltage conversion. Namely the LV/MV transformer together with an enclosure housing the medium voltage cells, auxiliary services transformer, low voltage switchgear, UPS and a cooling system with air conditioning.

The solution developed by Ingeteam, known as the Inverter Station, incorporates two 2.33 MW photovoltaic inverters for the supply of 4.66 MW. These new dual inverters are suitable for outdoor installation, being specifically designed to withstand extreme climate conditions, such as those present at Sweihan in Abu Dhabi.

Moreover, Ingeteam has purchased a chamber to conduct dust and sand tests in accordance with the IEC 60068-2-68 international standard. This chamber makes it possible to conduct additional tests, such as the inverter response to sandstorms, which are extremely common at sites of this type. It has been used to check the correct operation of the inverter, as well as the efficiency of its “sand trap” system to prevent the ingress of particles into the inverter, while collecting the grains of sand and facilitating their subsequent removal. Thanks to this system, Ingeteam’s PV inverters have been certified by an external body as able to withstand sandstorms, as described in standard IEC 60068-2-68.

The Management of Ingeteam Power Technology expressed its satisfaction with the contract award, emphasizing the fact that “the signing of this contract is the fruit of all the hard work put in right from the outset, marking yet another success in the company’s bid to enter the Middle East market”. Furthermore, the Management highlighted the fact that “this contract is yet another example of Ingeteam’s ability to develop ambitious large-scale projects”.

The commissioning of the plant, for which Ingeteam is also responsible, is set to take place at the end of 2018. Once commissioned, the plant will save around 7 million tonnes of carbon emissions every year.

For this project, Ingeteam is to supply: