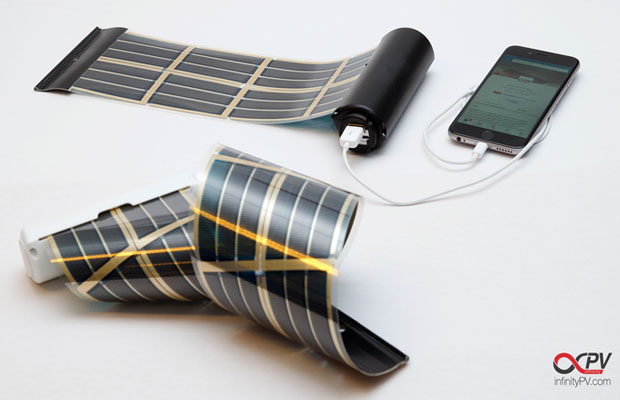 Danish company infinityPV has announced that through a Kickstarter campaign raised 1,250,000 DKK (Approx. Rs. 121, 22,658) for its compact solar charger, the HeLi-on.

The company notes that it has manufactured and shipped the HeLi-ons to Kickstarter backers all over the world.

The flexible polymer solar cell technology used in HeLi-on has been created by infinityPV. Polymer solar cells are the third-generation photovoltaic technology using carbon-based materials to absorb sun light and can be fabricated in large scale with high speed using printing machines akin to newspaper printing machines. Following the Kickstarter campaign infinityPV will be selling a limited production of the HeLi-on directly from HeLi-on.com.

infinityPV is planning to increase its production capacity to meet future demands on flexible polymer solar cells for all types of products from DIY to full scale energy production. With the success of the HeLi-on Kickstarter campaign the Danish company has strengthened its position as a solar cell manufacturer and increased public interest in organic solar cells.