A £3m industrial plant is capturing the CO2 emissions from a coal boiler and using the CO2 to make valuable chemicals. It is a world first. And just 100km away is the world’s biggest solar farm, making power for 150,000 homes on a 10 sq km site.

The industrial plant appears especially significant as it offers a breakthrough by capturing CO2 without subsidy. Built at a chemical plant in the port city of Tuticorin, it is projected to save 60,000 tonnes of CO2 emissions a year by incorporating them into the recipes for baking soda and other chemicals.

Here’s how it works:

The owner of the chemicals plant, Ramachadran Gopalan, told a BBC Radio 4 documentary: “I am a businessman. I never thought about saving the planet. I needed a reliable stream of CO2, and this was the best way of getting it.” 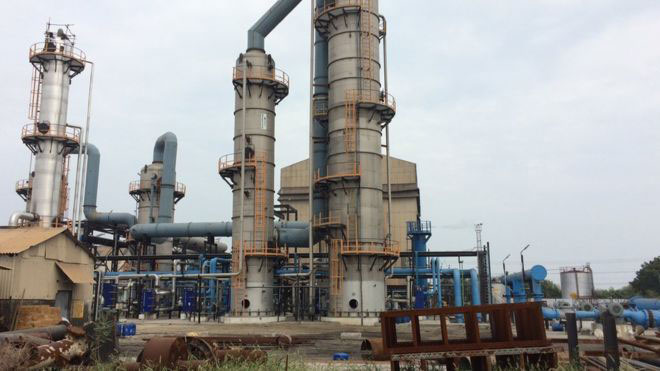 He says his operation has now almost zero emissions. He hopes soon to install a second coal boiler to make more CO2 to synthesize fertilizer.

The chemical used in stripping the CO2 from the flue gas was invented by two young Indian chemists. They failed to raise Indian finance to develop it, but their firm, Carbonclean Solutions, working with the Institute of Chemical Technology at Mumbai and Imperial College in London, got backing from the UK’s entrepreneur support scheme.

Their technique uses a form of salt to bond with CO2 molecules in the boiler chimney. The firm says it is more efficient than typical amine compounds used for the purpose. They say it also needs less energy; produces less alkaline waste and allow the use of a cheaper form of steel – all radically reducing the cost of the whole operation.

The firm admits its technology of Carbon Capture and Utilization won’t cure climate change, but says it may provide a useful contribution by gobbling up perhaps 5-10% of the world’s emissions from coal.

Lord Oxburgh, former chairman of Shell, and now director and head of the UK government’s carbon capture advisory group, told the BBC: “We have to do everything we can to reduce the harmful effects of burning fossil fuels and it is great news that more ways are being found of turning at least some of the CO2 into useful products.”

Meanwhile, the nearby giant Kamuthi solar plant offers a marker for India’s ambition for a rapid expansion in Renewable Energy. It is truly enormous; from the tall observation tower, the ranks of black panels stretch almost to the horizon. 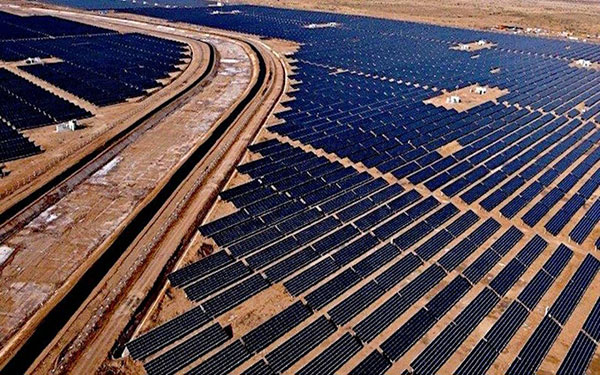 Prime Minister Modi is offering subsidies for a plan to power 60 million homes with solar by 2022 and aims for 40% of its energy from renewables by 2030. For large-scale projects, the cost of new solar power in India is now cheaper than coal. But solar doesn’t generate 24/7 on an industrial scale, so India has adopted a “more of everything” approach to energy.

The firm behind the solar plant, Adani, is also looking to create Australia’s biggest coal mine, which it says will provide power for up to 100 million people in India. Renewables, it says, can’t answer India’s vast appetite for power to lift people out of poverty.

And questions have been raised recently as to whether India will stick to its renewables promises now President-elect Donald Trump may be about to scrap climate targets for the US.

At the recent Marrakech climate conference, China, the EU and many developing countries pledged to forge ahead with emissions-cutting plans regardless of US involvement. But India offered no such guarantee. Some environmentalists are not too worried: they think economics may drive India’s clean energy revolution.