India’s reservoirs have 18,000 sq. km of area with the potential to generate 280 GW of solar power through floating solar photovoltaics (FSPVs) plants, according to a new study by The Energy and Resources Institute (TERI), an energy and environment think tank. 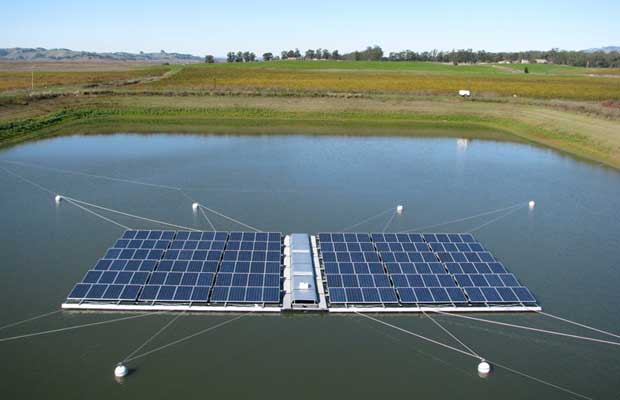 The report calculated the potential for FSPVs, or ‘floatovoltaics’, on the basis of 30 percent of water surface area of the country’s medium and large reservoirs.

The findings of the report stated that, Maharashtra has the largest potential and can generate upto 57,891 MW of electricity through solar PV installations on 3,173 sq. km. of water surface area in reservoirs.

Commenting on the report findings, Dr Ashvini Kumar, Senior Director, Renewable Energy Technologies at TERI, said “this report is an excellent initiative opening up alternatives for solar capacity additions. Preliminary data analysis indicates a huge potential of 280 GW with a certain coverage of water surface area. Maharashtra, Karnataka and Madhya Pradesh are the top three states in terms of potential for installations of FSPV.”

However, solar PV deployment is quite land intensive and scaling up projects require large chunks of contiguous land parcels, which has its own set of challenges. In order to keep the pace of development commensurate with India’s national targets for solar capacity additions, alternatives such as floating solar need to be explored and established.

Currently, China is the leading international market followed by Japan and South Korea for floating solar, the study mentioned.

It further added that, India also has very bright prospects to develop FSPV projects due to availability of large water bodies in the country.

“Floating Solar PV could be a potential option for accelerating solar power deployment in the country, which would ultimately help in achieving NDC goals. It is time to look for bringing a conducive policy framework to encourage tapping this potential,” said Dr Ajay Mathur, Director General of TERI.