The stakeholders from the solar industry has broadly welcomed the Narendra Modi led NDA government’s Union Budget 2020, as this time the power and renewable energy sector managed to get more attention in the budget.

This time Finance Minister Nirmala Sitharaman’s budget got more relevance as it came at a time when the country’s economy is struggling with one of the worst slowdowns till date. Despite this, the government’s focus on it’s commitment towards climate goals clearly reflected in the Budget, which kept the momentum upbeat for the solar energy sector.

The industry is keen to find new opportunities in various sectors for itself, however, some of them have raised their concerns as well, over the government’s union budget announcement of raising tariffs on imports of green energy equipments such as solar cells and modules, no mention of electric vehicles etc. Here’s what they say: 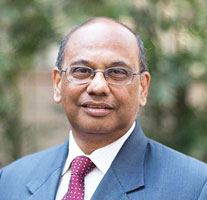 “The Union Budget 2020-21 aimed to increase the purchasing power of the people by addressing the aspirations of all the sections of the society. It was broadly woven around three primary pillars, Aspirational India, Economic Development for All and a Caring Society. This somewhat is line with the concept of three pillars of the sustainable development that includes economic, social and environmental.

Through aiding for setting up of solar pumps under the PM-KUSUM scheme, the government is trying to achieve the twin objective of scaling employment and increasing RE capacity in the country.

The uptake of RE in the country is also been proposed through setting up of solar power capacity alongside the rail tracks. The introduction of ‘Smart metering’ would give consumers the freedom to choose the supplier and plan offered by distribution companies as per their requirements.

The proposals announced under the Union Budget 2020-21 will help move ahead towards achieving higher resource efficiency while promoting greater environmental sustainability and economic stability.” 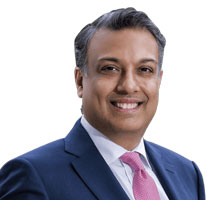 “The Union Budget 2020 is a balanced and pragmatic statement of intent. Finance minister in her speech has attempted to address the trust deficit across a host of sectors. She has assured stock market investors by abolishing dividend distribution tax, addressed concerns of start-ups with respect to ESOPS and in the renewable energy sector through strengthening of contracts act and lowering of Corporate tax rate for new energy companies. While there was pressure to move away from fiscal responsibility the government has chosen to walk a middle path allowing for an acceptable increase in fiscal deficit while putting some extra money in the hands of tax payers.” 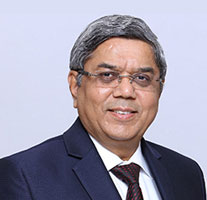 “The Budget 2020 is pro-growth, gives impetus for consumption, creation of infrastructure and encourages investments into Indian economy. It provides a boost to propel domestic consumption through – a) Income Tax sops for nearly 30 million income taxpayers b) Improved financial health of 120 million marginal farmers. The special focus on agriculture sector with a 16-point plan is very encouraging. The budget also gave a boost to ‘Make in India’ by focusing on manufacturing and enhancing infrastructure and rural digital connectivity. It is aligned to the objective of overall economic growth, Nation building and job creation.

Nitin Prasad, Chairman of Shell India, one of the most diversified international energy companies in India, commented 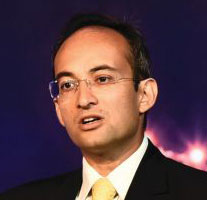 “The policy reforms announced in the Union Budget by the Finance Minister sustain the Prime Minister’s vision for India’s journey towards a climate resilient and clean energy society under pinned on electro-mobility, a gas based economy and renewable power delivered through accelerating innovation from startups.” 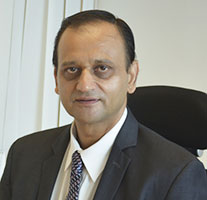 “The Union Budget allocations are in the same direction that the Government of India has been supporting renewable for quite a long time now. The announcement that has been made by the government towards the KUSUM scheme is quite a positive step which will further help farmers to improve their livelihood through establishing solar pumps. Government’s decision to incentivize farmers to go solar and allowing farmers with barren land can set up solar power units will further help them to get a living out of it. Also, Government’s proposal to set up large solar power capacity alongside the railway tracks on the land owned by the Indian Railways is a positive step towards the renewable industry of the country.” 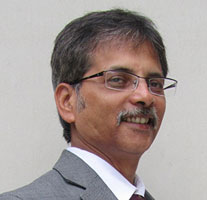 “The renewable energy budget which would hover around Rs 5,500 crore has seen almost a four-fold jump to Rs 22,000 crore, which is praiseworthy. However a majority of it may go in supporting the ambitious stand-alone 20 lakh and 15 lakh grid connected solar PV agricultural pumps. But a major announcement of milk processing capacity to be doubled to 108 tonne from 53 tonne by 2025 will increase the demand for heat energy and provides opportunity to explore solar thermal energy or any sustainable heating and throw opportunities to entrepreneurs for manufacturing sustainable heating technologies.” 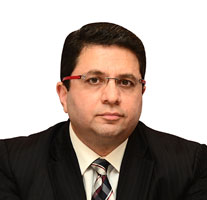 “The annual budget announced by the FM has given special impetus to the power and infrastructure sector and allocating Rs 22,000 crore for renewable and power sector is going to push for faster development and growth across sector.

The announcement made by FM to replace energy meters with pre-paid smart meters will further help in complete digitization of the whole system and will help in bring about more financially healthier utilities. The FM has urged state governments to implement smart meters in the next three years and HPL being one of the leading manufacturer of smart meters sees this as a huge opportunity. In addition, the implementation of five Smart city projects in PPP mode will give more opportunities to the private companies.” 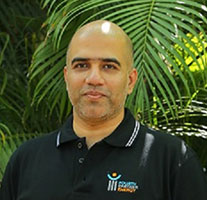 “The Rs 20,000 crore corpus dedicated to the RE sector to tackle climate change and pollution, announced in the union budget reflects India’s commitment and urgency for transition to clean energy sources. We await further clarity on new schemes around smart meters and grid infrastructure.

The government’s intentions on solarizing the Indian railways and expanding the KUSUM scheme to include 20 lakh farmers will give a good boost to solar power in the rural segment — where the impact will be highest, as it will address the issues of energy access, energy affordability and climate in one stroke. Another key announcement made by the FM is the abolition of the Dividend Distribution Tax (DDT), which is a good move as it makes investments more attractive.” 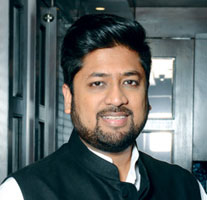 “The budget had a clear intent on fulfilling India’s COP 21 commitments in a sustainable manner.

The government announced that it is expanding the solarisation of grid-connected and standalone agricultural pumps. This is a positive step, which will encourage domestic manufacturing. Merchandise exports are very important for any economy to create jobs, and in order to boost the same, the Government announced that it will reimburse indirect taxes such as excise duty on fuel, electricity duty incurred by exporters. This is a positive development for ingenious exporters.

Additionally, FM announced that the Government is planning to launch a new scheme to promote the manufacturing of Network Products (Electronics, Semiconductors, medical devices, etc.) especially for the purpose of exports. While we await the details of the scheme, it appears a step further on the right path.

Having said this, the budget fell short of addressing fiscal conditions of state discoms, and we hope that the Ministry of Power and MNRE together engage with state governments to address this issue. Details on levying 20 percent Basic Custom Duty on import of Solar Cells and Modules are still awaited in order to comment on the impact.” 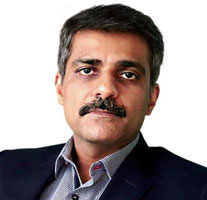 “Budget 2020 was a mixed bag for the Solar Sector. To boost generation and use of power, the government has brought institutional changes in some schemes. It expanded the ‘PM Kusum Scheme’ to 20 lac farmers to set up grid-connected solar farms on barren lands making ‘Annadata an Urjadata’. The setting up of grid-connected solar farms on barren lands would reduce the dependence on thermal and other non-renewable resources. Further, the setting up of large solar-powered capacity alongside rail tracks is in line with the idea of Green India.

The thrust on the integration of smart meters is good for the end-users and would push Discoms to provide better services at competitive prices. The Rs 22,000 crore is kept for the power and renewable sector, but the bigger question will be where and how that will be utilised. The key highlight was the Government admitting the distressed situations of the Discoms and assuring to work with them, which may relax sudden change of policies in key aspects like Net Metering.

The FM did leave a grey area when it comes to custom duties on imports and it will be a game of wait and watch there. The government’s pro-environment approach is visible with its stress on the ‘clean air scheme’. The abolition of the dividend distribution tax will encourage further investments in the renewable energy sector.” 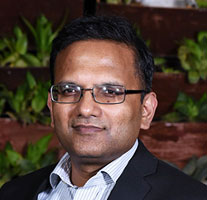 “The overall impetus on long term reforms in the power sector is very encouraging and it was noteworthy to note that India stands committed to its international sustainability commitments.

The focus on bringing down the commercial losses in the distribution companies by mandating prepaid meters, coupled with the consumers having the ‘choice of suppliers’ will surely resolve the long term viability issues of the power sector and lead to a vibrant electricity market.  The usage of solar in the railways and farming and usage of farmlands for solar plants will open up new entrepreneurial opportunities and will help in faster adoption of solar energy across the country.

We are also encouraged by the support extended to NBFCs and infrastructure funds that can improve much needed liquidity. Also, the slew of tax incentives offered to foreign investors for investments in priority sectors will boost inwards equity flow in the infrastructure sectors.” 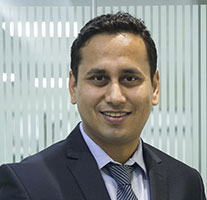 “The Union Budget 2020 has a few positive inclusions. For the Renewable Energy Sector – the extension of the 15 percent and 22 percent tax rate to the new and existing power generation companies, which was earlier only earmarked for the manufacturing sector, is a welcome move. While the fine print is still awaited, the new personal income tax structure should help to increase liquidity at the hands of the individuals, which will have a trickle-down effect to boost demand and consumption across multiple sectors.” 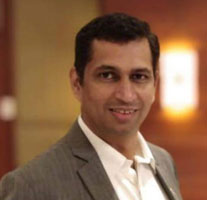 a pioneer in the electric vehicle (EV) charging infrastructure space in India, expressed his concern on not mentioning of EVs and said

“Budget 2020 has no major announcement for EV and for ‘valid’ reason – the traditional automotive industry heavily invested in the transition to BS-VI cannot be pushed to another disruption.”

BESCOM Must Encourage EV Charging at Home at Night to Man...