The solar photovoltaic panels of the floating solar farm have been installed on 18 floating platforms made of ferrocement floaters with hollow insides. 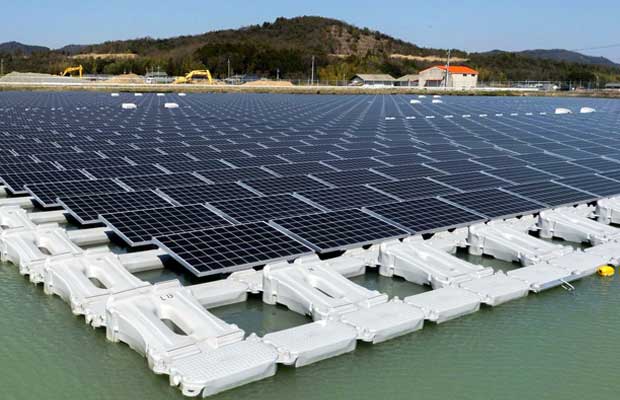 The construction works of the largest floating solar plant in the country have been completed at the Banasura Sagar reservoir in Wayanad. The 500 kWp (kilowatt peak) solar plant of the KSEB floats on 6,000 square metres of water surface of the reservoir. The outlay for the project is Rs 9.25 crore.

The solar photovoltaic panels of the floating solar farm have been installed on 18 floating platforms made of ferrocement floaters with hollow insides.

“The installation works of the floating solar panels is over and the plant will be ready for inauguration soon,” said Manoharan P, assistant executive engineer at the KSEB research and dam safety sub-division, Thariyode.

He said the 500 kWp project is the largest floating solar project to come up in the country. The work of the project had begun on March 2016.

KSEB sources said that they were waiting for the availability of chief minister to inaugurate the plant possibly by next month. Officials of Thiruvananthapuram-based Adtech Systems Ltd, which set up the plant, said that the plant would be able to generate 7.5 lakh units of power annually which will be fed to the KSEB grid using underwater cables.

“We have used high efficiency solar panels for the project as per KSEB stipulations. Also, we have set up a floating substation on the reservoir to convert the output into 11kV considering economic and safety aspects,” said Raveendran T Nair, vice-president (projects) of Adtech Systems Ltd.

He said that the floating solar plants had higher efficiency compared to ground-mounted installations due to the moderating effect of water bodies on panel temperature.

“Also, when compared to ground based units, the floating panels will accumulate lower concentration of dust,” he said.

The 500kWp project is a scaled up version of the 10kW floating solar project which was commissioned in Banasura Sagar reservoir in January 2016.