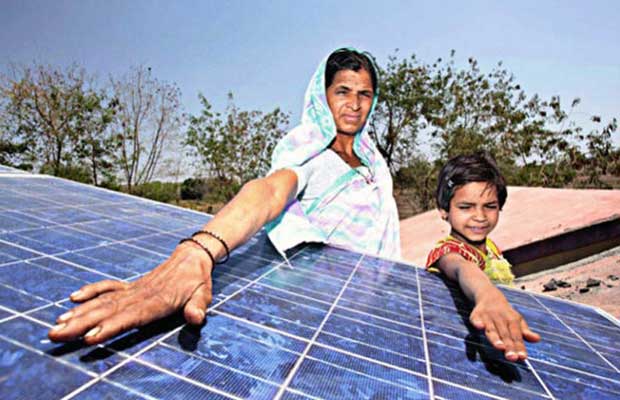 “Measures taken by the Indian government to improve energy efficiency coupled with ambitious renewable energy targets and the plummeting cost of solar has had an impact on existing as well as proposed coal fired power plants, rendering an increasing number as financially unviable,”

India’s decision to cancel nearly 14 gigawatts of coal-fired power stations coupled with a record low solar tariff are the strongest indications that the country’s energy transformation from fossil fuel to renewables is gaining rapid momentum, a global institute said on Wednesday.

“For the first time, solar is cheaper than coal in India and the implications this has for transforming global energy markets are profound,” Tim Buckley, Director at the Cleveland-based Institute for Energy Economics and Financial Analysis (IEEFA), has said.

In a statement, he said 13.7 GW of planned coal power projects in India have been cancelled this month.

Buckley cited admissions by Adani Power Management that close to $9 billion worth of existing imported coal power plants at Mundra in Gujarat were “no longer viable because of the prohibitively high cost of imported coal relative to the long-term electricity supply contracts signed”.

This, he said, was a further indication of the “rise of stranded assets across the Indian power generation sector”.

Indian solar power tariff hit a new low of Rs 2.62 per unit earlier this month — 12 per cent below the previous record just three months ago. A few days later, it plunged to a low of Rs 2.44 per unit.

Experts say India’s rapid shift towards low-carbon economy is a step towards the 2015 Paris Climate Agreement that aims to cut greenhouse gases from burning fossil fuels.

“Measures taken by the Indian government to improve energy efficiency coupled with ambitious renewable energy targets and the plummeting cost of solar has had an impact on existing as well as proposed coal fired power plants, rendering an increasing number as financially unviable,” he said.

“India’s solar tariffs have literally been free falling in recent months. The record low solar auction rate of Rs 2.44 per kilowatt-hour (kWh) is significantly lower than the average rate of Rs 3.20 per kWh which NTPC Ltd, India’s biggest coal power utility, wholesales its electricity for.”

“The relatively low cost of hydro at Rs 1-4 per kWh makes plans for accelerating long-stalled investment in this sector a clear government priority. The phenomenal success of India’s SECI holding its first 1GW reverse auction for wind in February 2017 saw a Rs 3.46 per kWh result, down 20 to 30 percent on previous wind auction results across India,” he added.

“India Solar Handbook 2017” by Bridge to India, a consultant in the clean technology market, in its report this month said India is set to become the third-biggest solar market globally and will overtake Japan this year.