Home grown companies are taking hold of domestic solar PV market reports consultancy firm Bridge to India in its ‘India Solar Map 2016”. According to the map with 460 MW capacity commissioned in the last year, Adani ranks number 1 amongst project developers followed by Acme and Welspun.

Interestingly First Solar and SunEdison are the only international players to make the top 10 installers. Going forward, Adani, Acme and ReNew are likely to continue to be dominant players with each of them having a pipeline of over 1 GW. 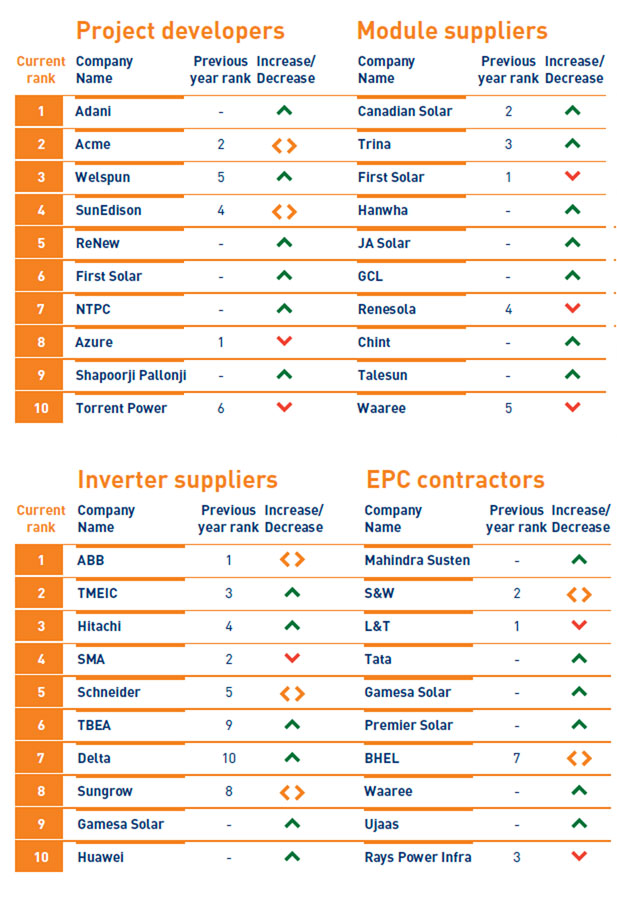 The report shows India’s total installed solar capacity has grown by over 80% in the year ending June 2016 to reach 8.1 GW. Out of the 3.6 GW capacity added in this period, 75% has come from four southern. An additional 14,842 MW of projects are under development where auctions have already been completed. The majority (56%) of this pipeline is concentrated in the three southern states of Karnataka, Andhra Pradesh and Telangana.

Amongst the equipment suppliers, top players include Canadian Solar, Trina Solar and First Solar for modules and ABB, TMEIC and Hitachi for inverters. 8 out of 10 lead module suppliers are from China compared to just 4 out of 10 in the previous year.

Bridge to India notes that the role played by third party EPC players continues to diminish, as 48% of the capacity commissioned in the last year (up from 31%) was executed by in-house EPC teams. This business is dominated by a mix of Indian corporates and specialist players with top spots held by Mahindra Susten, Sterling & Wilson and L&T. Gamesa is the only international EPC player in the top 10. 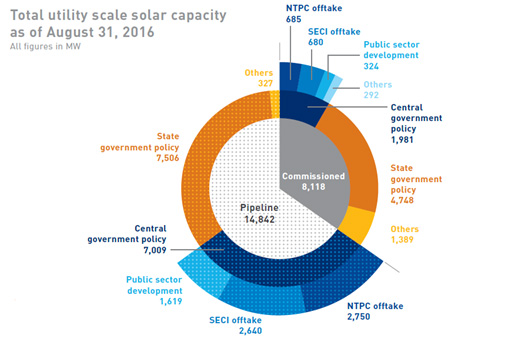