The solar parks will be mostly under the Ministry of New and Renewable Energy’s (MNRE) Solar Park Scheme. 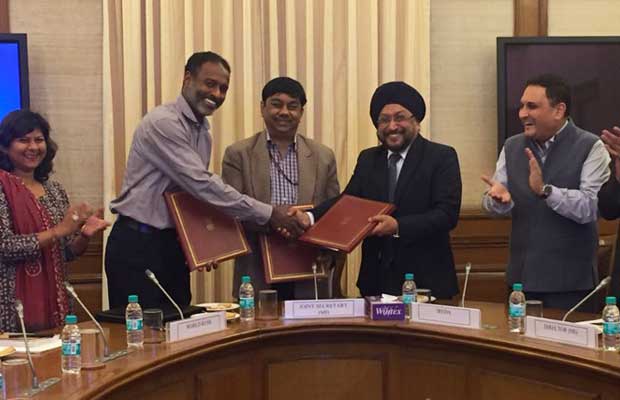 In a significant development, India and the World Bank have signed a $100 million loan and a grant agreement to help the country increase power generation capacity through cleaner, renewable energy sources.

The solar parks will be mostly under the Ministry of New and Renewable Energy’s (MNRE) Solar Park Scheme.

According to Sameer Kumar Khare, the objective of this project is to push solar technology penetration in the country. “This Project will help establish large-scale solar parks and support the government’s plan to install 100 gigawatts (GW) of solar power out of a total renewable-energy target of 175 GW by 2022,” Khare said.

This project will facilitate increase in electricity generated in solar parks and add to India’s clean power generation capacity. “India’s goal of scaling up the provision of clean energy will require a vibrant market for solar investments,” said Hisham Abdo, Acting Country Director, World Bank India. “The challenge for this project is to go beyond investments; it is to deepen the solar market,” he added.

This project is one in a series of engagements requested by the Government of India from the World Bank in the solar power sector. “Through this engagement, it is expected that the investments will boost market confidence, enable demonstration of economies of scale in large-scale grid-connected solar generation, contribute towards pushing down equipment and transaction costs, increase efficiency while reducing unit costs of solar power, and catalyze further support from other investor groups to help India achieve its ambitious target of installing 100 GW of solar power capacity by 2022,” said Surbhi Goyal, Senior Energy Specialist and World Bank’s Task Team Leader for the project.