Through this solar power plant, as many as 7.5 lakh units of power will be transmitted to the KSEB’s Padinjarathara substation. 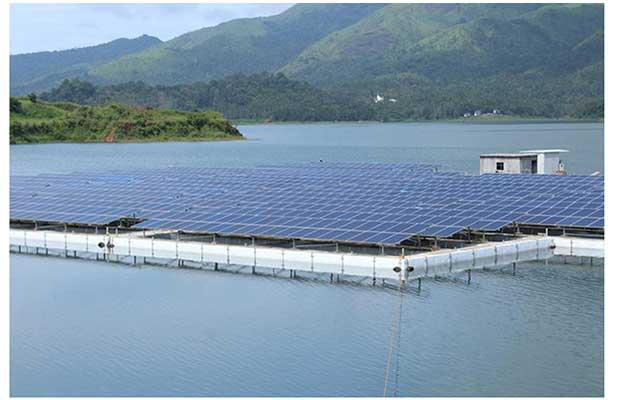 In a significant development, India’s largest floating solar power plant in Kerala has successfully commissioned by Power minister M M Mani on the Banasura Sagar reservoir at Padinjarethara in Wayanad.

According to the Kerala State Electricity Board’s (KSEB) floating solar power plant has been built at an approximate cost of Rs 9.25 crore. The work on this project commenced in March 2016. The solar plant has 1,938 solar panels which have been installed on 18 ferro cement floaters with hollow insides.

Floating on 6,000 square metres of water surface of the reservoir, the solar power plant is of 500 kWp (kilowatt peak). Besides that, 17 inverters, a supervisory control and data acquisition (SCADA) system to control and monitor power generation and an anchoring system are part of the floating solar project.

Thiruvananthapuram- based Adtech Systems Limited has been the implementing agency for the project. The private firm has also offered to provide two-years of free maintenance work at the plant.

Through this solar power plant, as many as 7.5 lakh units of power will be transmitted to the KSEB’s Padinjarathara substation.

Speaking after inaugurating the project, Mani said, “It has become imperative for the state to explore all avenues of renewable energy as it was currently producing just 30 percent of its power requirement.”

“We are purchasing 70 percent of our energy requirement from other states. But still the government is hopeful of avoiding power cuts this summer season as well,” Mani said.