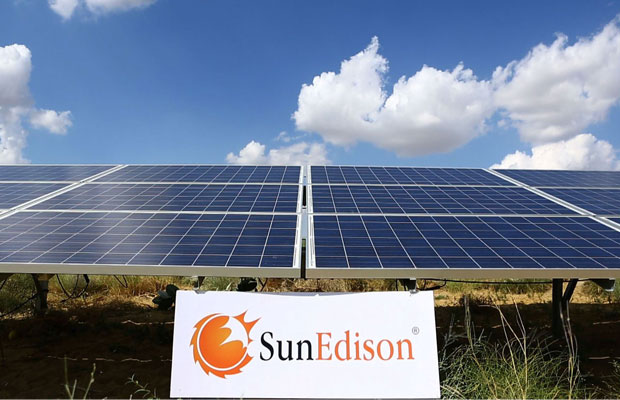 Solar-park charges of 2 billion rupees ($30 million) along with signed implementation agreements have been received, SECI Managing Director Ashvini Kumar said in an interview. SunEdison Energy India Pvt., a subsidiary of Maryland Heights, Missouri-based SunEdison, bid a record low in November 2015 for the right to develop the Andhra Pradesh solar farm.

“We’re relieved that the project will get built and will contribute to the country’s solar targets,” Kumar said. He said the park should be finished by March.

Greenko Energies Pvt. agreed with SunEdison’s creditors Sept. 30 to acquire 390 megawatts of Indian solar and wind assets valued at $392 million, according to a regulatory filing. Company spokeswoman Swathi Reddy declined to comment on whether the company also purchased the rights to develop SunEdison’s Andhra Pradesh project.

SunEdison had 550 megawatts of projects under construction in India during the second quarter as part of a 1.7-gigawatt project pipeline. The company’s Asia Pacific President Pashupathy Gopalan declined to comment.