The Government o India has directed authorization to implement the scheme for setting up of 10 ‘Solar Zones’ each having at least 10000 hectares of govt. or privately owned uncultivable and fallow land in one or more than one patches to encourage solar PV project developers, investors and manufacturers to help achieve the nation’s massive 100GW solar target by 2022.

The sanctioned scheme will run for five years from 2016-17 to 2020-21, with an estimated Central Finance Assistance (CFA) of INR 44.00 Crore (Rs. Forty Four Crore only/ US$6.5 million). The sanctioned zones will be able to cover more than one patch of land at a time, and to be counted as a solar zone, where it should be possible to install transmission systems in an economically feasible manner at the site. 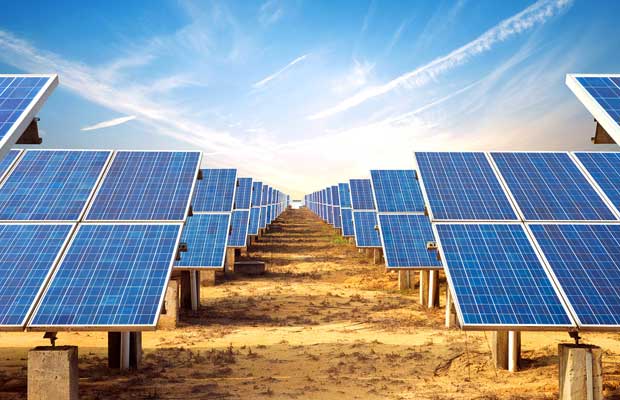 What differentiate Solar Zones and Solar Parks is that the Government will only expedite the purchase of the land for the zones, but will not actually acquire it completely. Moreover, the sanctioned solar zones will have numerous interconnection points set up in a manner that prevents any developer from having to build a line for more than 25 Kms, rather than including transmissions.

Devendra Singh, under secretary to the government drafted a letter to the Ministry of the New and Renewable Energy (MNRE) stating that each zone will help the individual states and union territories to reach their Renewable Purchase Obligations (RPO), making it mandate for them to purchase a certain percentage of their energy mix from renewable sources. Also, the authorized zones will facilitate in driving investment and employment with an aim to lessen the reliance on expensive conventional power plants.

The draft also mentions that each zone will be developed in collaboration with the State Governments and their agencies. Each state will be liable to designate an agency for the development of solar zones in its territory. Solar Energy Corporation of India (SECI) will be acting as the MERE’s agency for handling the scheme. The states have the option to collaborate with the choice of their agencies for developing solar zones. All states are eligible to benefit from the scheme.

The State Government willing to participate in this scheme must own land with insolation of more than 4kWh/sqm and commission a techno-economic feasibility report.

The letter also states the value of keeping solar projects in close proximity to avoid the added costs of smaller, transmission losses, spread-out systems in terms of site development, extra transmission infrastructure and procurement of water among other expenses.

The acquired land will be able to demonstrate synergies with other technologies like wind and solar hybrids. Indicative allocations of the land were given, but they are subject to change:

Earlier, we also reported India’s plan to double the solar parks policy to hit 40GW capacity by 2020 in response to its slow-moving rooftop sector and concerns over SunEdison’s setback, which is currently in limbo following the company’s bankruptcy.

MNRE first announced the scheme to bring in Solar Zones last November along with major plans for floating solar photovoltaic.