The minister further cited the data provided by the Department for Promotion of Industry and Internal Trade to report that FDI equity inflow in the renewable energy sector over the last five fiscal years (FY 14/15 and FY 18/19) was $4826.65 million. 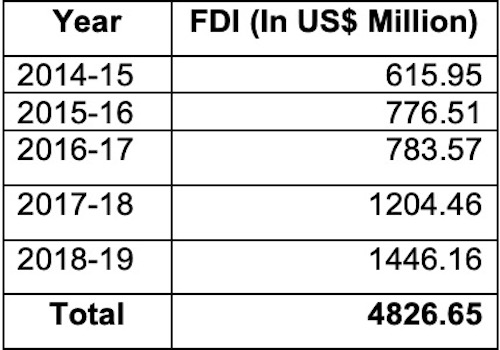 In FY 19, the sector saw an investment of $1446.16 million from foreign sources, a 20.1 percent growth over the previous year. In the latest 2019 Renewable Energy Country Attractiveness Index report by EY, India ranks fourth among 40 countries.

The Economic Survey 2018-19, which was presented a day before the union budget was presented by Nirmala Sitharaman in the Parliament, estimated that the country will need investment worth $80 billion by 2022 and an additional $250 billion investment between 2023 to 2030.