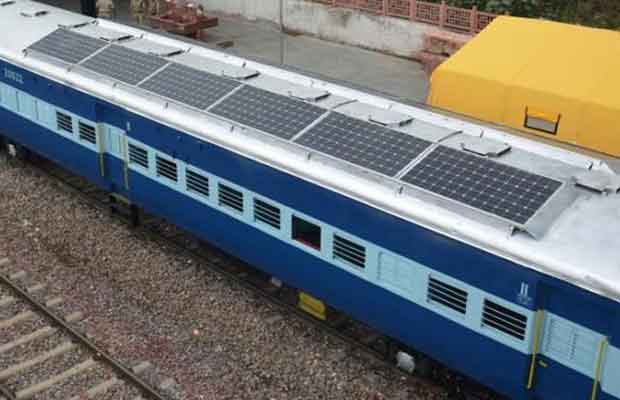 “Under the leadership of Prime Minister Narendra Modi, India has played a key role in initiating climate action plan during Paris meet.”

Railway Minister Suresh Prabhu has described climate change as a major global issue and pointed out that India played a key role in initiating climate action plan as part of solutions.

“Climate Change is a big threat for the mankind, we can tackle through collaborative efforts,” Prabhu told reporters after flagging off the Science Express Climate Action Special train here.

“Under the leadership of Prime Minister Narendra Modi, India has played a key role in initiating climate action plan during Paris meet.”

Recently, the Indian railway has taken several measures to mitigate its operational carbon footprint such as a massive shift towards solar energy, water conservation and increasing bio-toilet installations.

The Science Express will be open for public viewing at Delhi Cantonment Railway Station on February 18-19 and will embark on its journey of over 19,000 km to cover 68 locations across India till September 8, 2017.

According to the Railway Ministry, the special train will run for 205 days, and is expected to attract over 30 lakh visitors.

The Science Express is a mobile science exhibition showcased on a 16 coach AC train, custom-built by the Indian Railways.

This is the ninth tour of the Science Express since 2007.

The ministry disclosed that since October 2007, the express train has made eight tours of the country, traveling about 142,000 km and exhibiting at 455 locations.

Besides, the Science Express holds the record for the largest, longest running and most visited mobile science exhibition with six entries in Limca Book of Records.