The Ministry of New and Renewable Energy (MNRE) has released a concept note of a proposal that aims to provide a 30 percent subsidy for setting up new solar plants and expanding the existing ones. 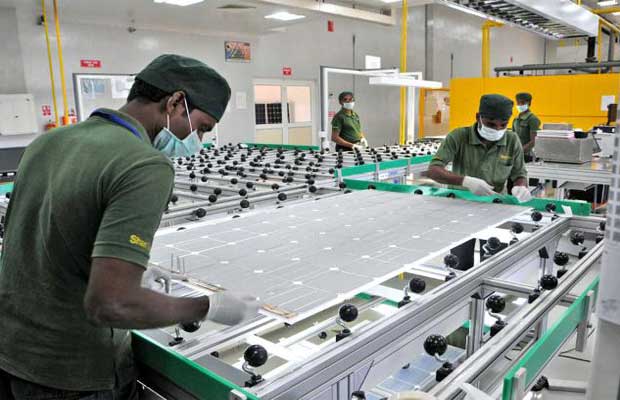 India plans to boost solar module manufacturing by providing Rs 11,000 crore direct support along with concessions to cut reliance on imports from China.

The Ministry of New and Renewable Energy (MNRE) has released a concept note of a proposal that aims to provide a 30 percent subsidy for setting up new plants and expanding the existing ones. According to the scheme to be operated by Indian Renewable Energy Development Agency, heavy equipment required to set up projects shall also be exempt from customs duty.

Governemnt of India has set an ambitious plan to increase the installed solar power capacity more than five-fold to 100 gigawatt by 2022. But the country meets 84 percent of its solar cell demand through imports from China, according to a report authored by consultancy firm Bridge To India. Photovoltaic modules account for more than half the costs of a solar project.

The cheaper Chinese imports have brought down solar power tariffs to record low. Indian Solar Manufacturers Association, however, have petitioned the government to impose an anti-dumping duty on inbound shipments from China.

The renewable energy ministry’s concept note targets creation of solar cell manufacturing capacity of 10 gigawatt over five years with focus both on integrated silica to modules package and also for intermediate standalone packages or combinations thereof. It includes…

The concept note is open to comments and suggestions