Under this policy developer will take rooftops on rent and will offer lease to each household, and then feed the power to the grid, says MNRE secretary. 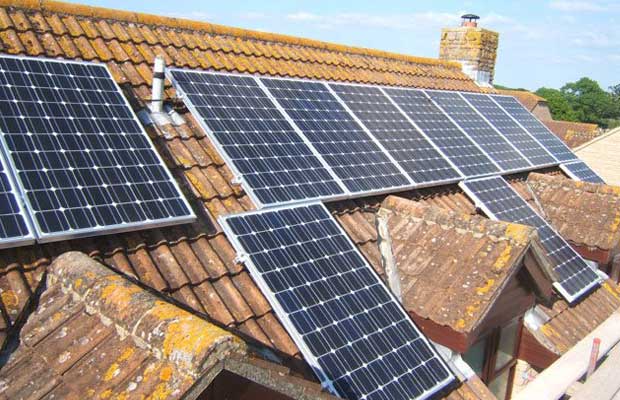 To achieve the ambitious target of adding 100GW of solar energy by 2022, the Government is planningon a “rent a roof” policy, said Anand Kumar, secretary in the ministry of new and renewable energy.

Kumar in his first interview with media after assuming charge at the ministry said that Government is actively working on a ‘rent a rooftop’ policy. “We are now trying to work out a new programme called ‘rent a roof,’ wherein the developer will take rooftops on rent and will offer lease to each household, and then feed the power to the grid,” said Kumar.

The policy comes at a time when India’s net-metering market is being introduced in states like Odhisa. Net metering allows consumers who generate some or all of their own electricity to use that electricity anytime, instead of when it is generated. The country has a huge potential to generate solar energy as it records around 300 sunny days a year, with an average solar radiation range of 4-7 kilowatt-hours per square metre.

“Under ‘rent a roof’, anyone can take a roof. Right now, net metering is happening but it is for the individual household to go for it on its own. After this, all the responsibilities such as maintenance will be with the developer. We are working on the policy,” Kumar said.

Welcoming the move, Anmol Singh Jaggi, Director at Gensol Group, a solar advisory firm, said, “We welcome the ‘rent a roof’ policy by the government wholeheartedly. This will empower the solar energy industry to penetrate at the grassroots level and give every home a chance to be energy independent. However, it is essential that the government defines the framework clearly as there would be many stakeholders involved in the process.”

NITI Aayog, the government of India think-tank in its new draft energy policy has projected India’s green energy is expected to grow 597-710 GW capacity by 2040.