India plans to establish 500 GW of RE capacity by 2030: MNRE Secretary

India is planning to add 500 GW of renewable energy to its electricity mix by 2030 according to MNRE secretary Aanand Kumar. 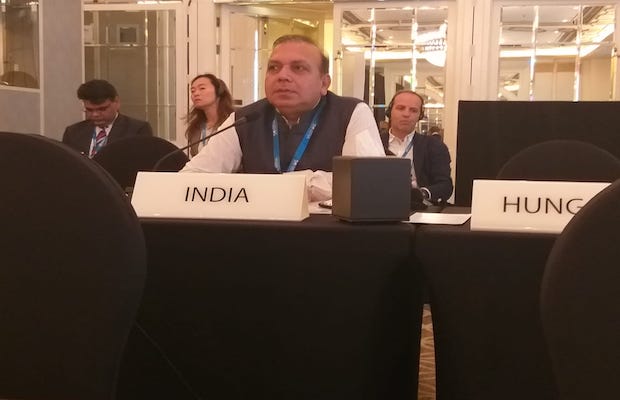 Speaking at the 17th meeting of International Renewable Energy Agency (IRENA) Council being held in Abu Dhabi, the MNRE Secretary said, “India would have installed 175 GW of RE capacity by 2022 without taking into account large hydro and 225 GW including large hydro. By 2030 India plans to establish 500 GW of Renewable Energy capacity.”

In his speech at the IRENA meet, Aanand stressed that fighting against climate change and adoption of renewable energy is a matter of faith and commitment for India. He also shared efforts being made by India for de-dieselisation of the farm sector.

India, the world’s third-largest emitter of greenhouse gases, has pledged to cut emissions and have clean energy account for at least 40 percent of its installed capacity by 2030, up from 21.4 percent now, while looking to manage its energy appetite as its population becomes more prosperous. 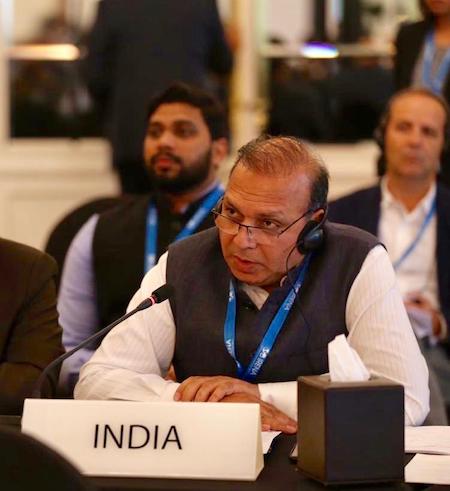 Emphasising the need to develop synergy in working between various international agencies, Kumar suggested that IRENA should work to enhance the capacity of RE Institutions in member countries and focus on innovation and new areas like hydrogen as an energy carrier, storage.

The ministry official also said that India is willing to help other member nations in the development and deployment of Renewable Energy. He invited IRENA members to 3rd Edition of RE-INVEST to be held in October.

In November last year, Union Minister R.K. Singh while addressing delegates of Know India Programme 2018 from various countries, including Mauritius, Fiji, Suriname, Guyana, Trinidad & Tobago, and South Africa said that the government is planning for a 100 percent renewable energy status in Andaman & Nicobar and Lakshadweep Islands. And that India is ready to share its expertise with other Island Nations.

“India has chosen the path of sustainable growth and we want to leave a green planet for our future generations. That is why our focus is on renewable energy. We are aiming for 100 percent renewable energy in Andaman & Nicobar and Lakshadweep and India is ready to share expertise among other small island Nations,” said Singh in a statement.