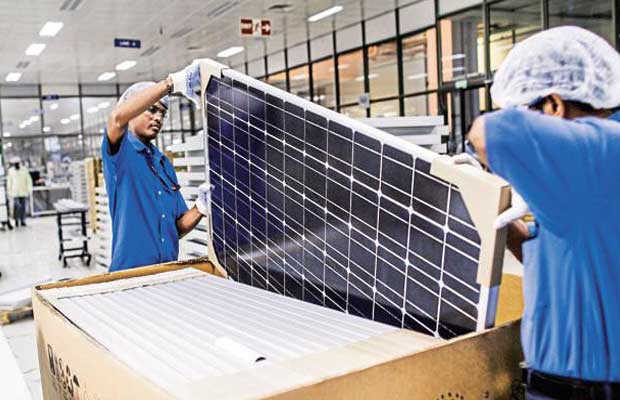 India will increase import duty on solar equipment to encourage domestic industry in the coming years, Power Minister R K Singh said. He also announced that a storage policy will be unveiled soon which would provide tax incentives, especially for solar equipment manufacturing in India.

He assured that the rise in import duty will not impact solar energy bidding process in India. India had imposed safeguards duty of up to 25 percent on solar cell imports from China and Malaysia in July last year, in order to boost local business.

In July, while answering a question on India’s solar power generation post the implementation of the solar safeguard duty, Singh had said that India has generated over 81 thousand million units (MU) of solar power in the last three financial years (2016-17 to 2018-19) and that the sector witnessed no slowdown in generation capacity. And that according to data furnished by the Central Electricity Authority (CEA), there was an increase in the power generated from solar power plants by 13,797 MUs in the financial year (18-19) from the previous year (17-18).

On the latest developments in Jammu and Kashmir with the abolishment of Article 370, he said that “we will utilise all of India’s share of water to develop hydro projects and also push solar projects in Ladakh.”

On the recent row over tariff negotiations with Andhra Pradesh, he said, “Power Purchase Agreements are sacrosanct. No concluded agreement can be opened.”

Recently, Andhra Pradesh discom had demanded lowering of tariff on some renewable energy projects. The Solar Energy Corporation of India (SECI) and NTPC, however, have refused to lower tariff of renewable energy.