India Should Focus On To Build Solar-Electricity Storage System: Researcher

The process having a mismatch between peak demand and electricity generation period for solar. 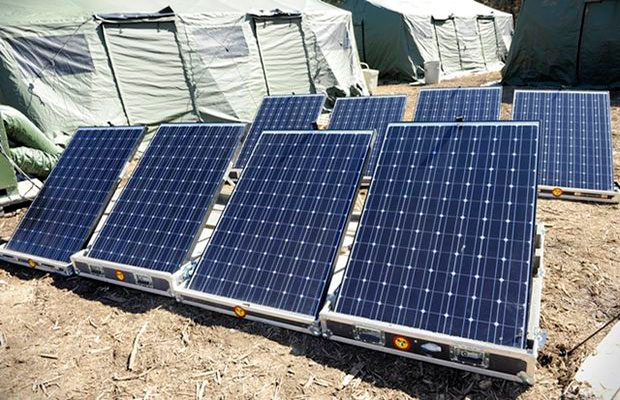 The Fellow & Area Convenor at the Centre for Resource Efficiency and Governance in The Energy and Resources Institute (TERI), Nitya Nanda emphasized on building a robust storage system for electricity to have balance cost-effective energy mix. Nitya also stated about the process having a mismatch between peak demand and electricity generation period for solar.

During a workshop on South Asia’s Challenges and Opportunities in Sustainable Energy Transitions held by Singapore’s Institute of South Asian Studies and Energy Studies Institute, Nitya said “The solar electricity must be stored for use during peak period, which is late at night (10:00 PM to past midnight), while the energy can be harnessed in afternoon (12:00 PM to 4:00 PM).”

While solar is seen as the cheapest form of electricity, as the latest bid shows that it could be available at less than Rs 2.5 per unit and hence one can imagine a situation where solar power price go down to Rs 1-1.5 per unit, it is in a conundrum on supply and demand scenario, Nanda said. However, Nanda expressed concern over the high cost of the storage system, mostly to be a battery-based setup.

This would raise the solar electricity cost to the consumer to Rs 10 per 2.5 kV, from just nominal right now, he said. In such a case, coal-fired power plants will be more competitive with the green-energy, he pointed out.

India’s coal-plant electricity would compete with solar during the off-peak period in the day, say, at Re 1. But as the night sets in, it would raise prices to as high as Rs 10, as solar without storage would no longer be in competition, or with storage system be offered at Rs 10 at least. Solar operate at a nominal cost as no fuel cost is involved and maintenance cost is the only operational cost. Comparatively, coal-fired plant s cost is Rs 2 and above and it faces rising coal prices as well as environmental issues. India’s coal-fired plants also lack the flexibility of shutting during the off-peak period.

They are old and designed to operate 24/7, which compels the operators to run at full capacity and compete on prices in marketplace. Building a coal-fired plant with flexibility to shut and restart will take a long time, and it is an option not in line with the Indian governments green energy and enhancing environment programs.

Comparatively, India’s slow-paced industrialization would also not be able to support the 100-GW solar electricity output, he pointed out. Higher industrial growth could generate higher demand during daytime. Producing electricity without demand and or storage is wastage.

Nanda observed that India has made good progress on the ambitious solar development, 100-gigawatt by 2022, but has raised concern about backup of the green electricity.

He suggested solar electricity exports to neighboring countries such as Bangladesh, where gas fired plants have the flexibility of shutting down during off-peak period and restarting during peak demand. Bangladesh could take Indian solar electricity at prices much lower than their gas-fired generation cost as it continues to face gas shortage and its volatile prices. Pakistan, also facing a huge shortage of electricity, is another export market. But it is a political play though some talks have been held on exporting electricity to that country.

India has already installed 16 GW of solar plants and 40 GW of other green energy networks including Wind, of the total 175-GW target by 2022.