India Can Integrate 175 Gigawatts of Renewable Energy into the Electricity Grid: Study 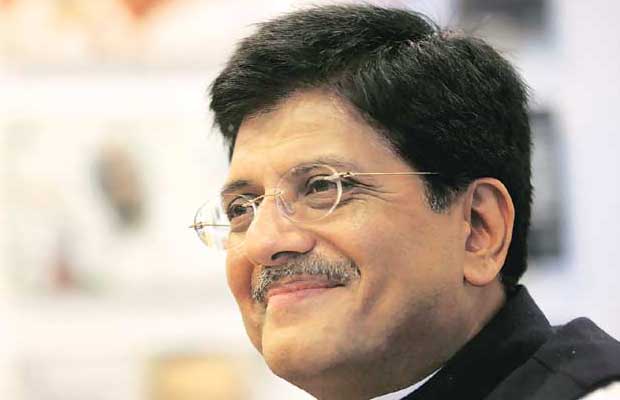 The report developed under the U.S.-India bilateral program “Greening the Grid”, confirms the technical and economic viability of integrating 175 gigawatts (GW) of renewable energy into India’s power grid by 2022, and identifies future course of actions that are favorable for such integration

The report developed under the U.S.-India bilateral program “Greening the Grid”, confirms the technical and economic viability of integrating 175 gigawatts (GW) of renewable energy into India’s power grid by 2022, and identifies future course of actions that are favorable for such integration. The Government of India in 2015 had set the ambitious target of adding 100 GW of solar energy and 60 GW of wind energy into the country’s energy mix.

The report resolves many questions about how India’s electricity grid can manage the variability and uncertainty of adding large amounts of renewable energy into the grid. The results demonstrate that power system balancing with 100 GW solar and 60 GW wind is achievable at 15-minute operational timescales with minimal reduction in renewable energy output. India’s current coal-dominated power system has the inherent flexibility to accommodate the variability associated with the targeted renewable energy capacities.

Some of the key operational impacts that came out of the report were: (1) large-scale benefits of fuel savings and reduced emissions due to increased renewable energy production; (2) existing fast-ramping infrastructure is sufficient to maintain grid balance; and (3) in post-175 GW clean energy scenario, coal plants operating at part capacity will need suitable incentives for flexibility. The study also evaluates the value of strategies to better integrate renewable energy and demonstrates the importance of policy and market planning.

Speaking at the launch, Power Minister Piyush Goyal said: “It is time for the people of India to get ready and embrace the change with a ‘New Mindset’ of a ‘New Grid’ for a ‘New India’, which is ready to integrate large amount of renewable energy. It is appropriate time following on Honorable Prime Minister’s meeting with the U.S. President under a robust and focused U.S.-India Energy Partnership. The ministry is extremely appreciative of the continued engagement and support from USAID and congratulates all the stakeholders including POSOCO, NREL, LBNL on the achievement of this outcome. Combined and collaborative efforts such as these are labour and data intensive and detailed and often go unsung but are critical to creating the backbone for a reliable grid.”

Highlighting the importance of the study and U.S.-India collaboration on clean energy, Michael Satin, Director of Clean Energy and Environment at USAID/India, said: “USAID has a long–standing collaboration with the Government of India in the area of energy. Energy is a key determinant of growth and India needs sustainable energy sources to continue to grow at 7–8 percent annually. Introducing renewable energy solutions into established energy systems often requires changes to well–established policy, institutions, and market structures. This study will prove to be helpful in scaling up renewable energy in India effectively and sustainably.”

The results were based on a number of key assumptions including transmission planning existing within each state but not necessarily on corridors between states; compliance of all coal plants with the Central Electricity Regulatory Commission regulation that coal plants be able to operate at 55 percent of rated capacity; and a better load forecast. Input data, assumptions and study results were validated extensively by more than 150 technical experts from central agencies including the Central Electricity Authority, Power Grid Corporation of India Ltd. (PGCIL), and NTPC; state institutions including grid operators, power system planners, renewable energy nodal agencies and distribution utilities; and the private sector, including renewable energy developers, thermal plant operators, utilities, research institutions, market operators and industry representatives.