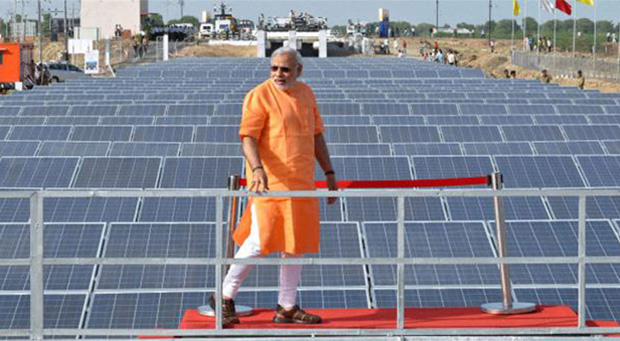 India’s overall solar project in pipeline now stands at a staggering 23 GW. More than half of it is expected to come online within two years.

Bridge to India estimates capacity addition of 4.8 GW solar power plants by this year and over 9 GW in 2017 excluding capacity additions in the rooftop and open access solar markets, which would give chance to India’s photovoltaic market overtake Japan in 2017.

The consultancy also reveals that India may emerge as the fourth largest solar market in the world after China, US and Japan in 2016.

MNRE plans to add 12 GW of solar power capacity between April 2016 and March 2017. Current solar PV pipeline of 23 GW is divided into 15 GW of tenders for which bids have been already submitted and 8 GW of bids is pending for submission.

Last week, the country announced bid results for a cumulative capacity of 1,425 MW for Jharkhand, Uttar Pradesh and Rajasthan. New tender tenders were also announced for a 750 MW state allocation in Madhya Pradesh and a 100 MW SECI allocation in Chhattisgarh.