Implementation of GST to Hit Solar Capacity Addition in 2018 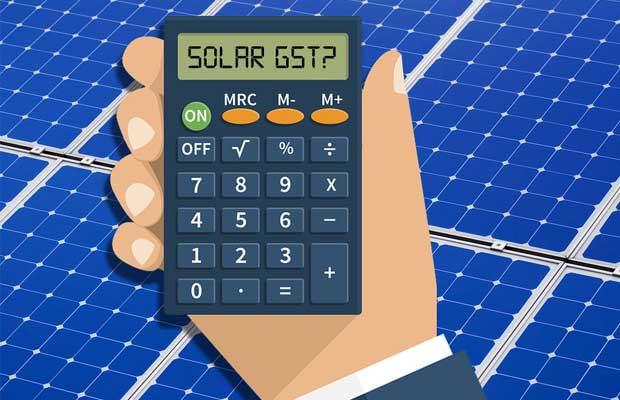 2018 will be a different story for the solar industry because of confusion over applicability of the GST on solar products, and this will affect the solar addition capacity in coming year.

But according to the report from Mercom Capital Group, 2018 will be a different story for the solar industry because of confusion over applicability of the GST on solar products.

“We have reduced the 2018 forecast by approximately 15% due to uncertainty surrounding GST rates, which has resulted in a slowdown in tenders and auctions,” the report said.

Initially, the government had maintained that all solar components would invite 5% GST, as reported by ET in its July 4 edition. Later, however, it clarified that only solar modules would be taxed at 5%; the other components would face 18% or 28%.

“Government agencies have created an environment of chaos and uncertainty surrounding these rates. It has brought auction and PPA signing activities to a standstill as nobody wants to move forward without knowing what the GST rates are going to be,” Mercom added.

The ministry of new and renewable energy is urging the finance ministry to stick to the earlier 5% for all solar equipment, but a decision has yet to be announced.

The sharp fall in solar tariffs at the last auctions held in May this year has also become a dampener, according to the report. “States are postponing tenders and auctions as they angle for the lowest possible tariff, especially after the recent winning bid of Rs 2.44 per kwH in the Bhadla Solar Park auction.

States are renegotiating power purchase agreements and want to re-tender to get closer to the lowest possible tariff.” Mercom said around 1,000 MW of tenders were cancelled in April-June. The report said the sharp fall in prices of Chinese solar cells and modules has brought down the cost of solar installation to Rs 4 crore per MW. It used to be over Rs 6 crore per MW even a year ago.