IIT Madras, in association with Teerthaa, a sustainability focused firm, has decided to develop an Atmospheric Water Generator device, powered by Solar Power.

Devices that can generate water from ambient air have been under development for such a long time that a whole category, called Atmospheric Water Generators or AWG, has been named for them. 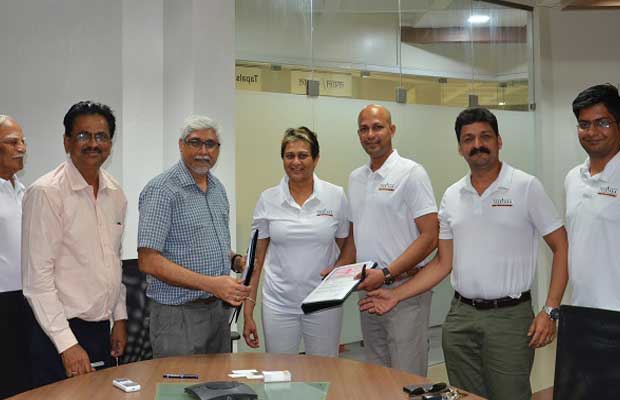 By its very nature, these devices are required in places with poor access to water, and also, quality power. Hence, a majority of these devices so far had leaned on battery power packs, or even mechanical methods, to extract water from air. Also, most have been focused more on being easily mobile, as the use cases have been built around emergency uses or even military supplies. The IIT Madras and Teerthaa initiative, by going for solar power, is clearly looking for more semi permanent or  use cases in areas where access is an issue for both clean water and power.

Teerthaa, a firm earlier known as Akash Ganga, claims to have pioneered the technology of extracting water from thin air and delivered systems to 2,800 customers in the last 14 years saving six lakh litres of water every day, according to the release from IIT-Madras.

Called NERO, as it has been tentatively called, the team is looking for a product that meets Indian requirements of being low cost, efficient, and low maintainance, as solar generation will also remove a lot of moving parts.

Durga Das, CEO of Teerthaa says, “We are interested in exploring and perfecting different technologies of Atmospheric Moisture Extraction (AME) as a part of our major national mission of availability of potable water for the masses. At present, we are producing AMEs based on vapour compression refrigeration technology in several output configurations. With NERO, we will bring to light and enhance the lives of millions of homes in the villages where water is scarce. Creating impact that reaches the masses is a mission very close to our hearts. We brought the 1st Indian built atmospheric water generator in India 14 years ago and hold a patent for the same. Now we will bring the first solution that will generate 4-5 litres of water without any electricity and maintenance free.”

Prof M.P. Maiya, who heads the refrigeration and air conditioning laboratory, Department of Mechanical Engineering, IIT-M adds that, “The proposed solar still based on desiccant technology traps water molecules from the atmospheric air during the night and yields water during the day by utilising solar energy. It would be a boon to places where even the brackish water is not available.”

The tie-up is a welcome step for Indian entrepreneurs and research institutes to collaborate to solve global problems with made in India innovation. A low cost, efficient product like NERO has a large global market waiting for it, and with the International Solar Alliance (ISA) already in place, like solar water pumps, ready market access can be created much more faster today. Here’s wishing the team luck !

Published with Permission from Iamrenew.com