Researchers at the Indian Institute of Technology (IIT), Madras have developed a solar-powered unmanned autonomous survey craft for Indian ports and inland waterways. According to the team, the system can undertake autonomous hydrographic and oceanographic surveys and provide real-time data transmission over a long distance. 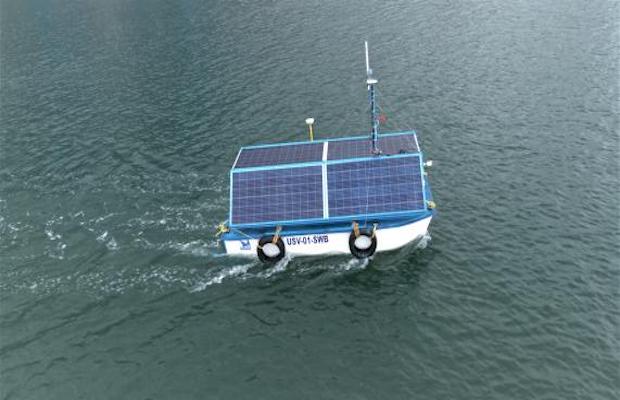 The researchers are in the process of commercialising the technology with the help of the Ministry of Shipping.

“This system could be equipped with an echo sounder, GPS system and broadband communication technology, capable of delivering precise depth measurements. In addition to the echo sounder and the GPS system, it is possible to add additional oceanographic payloads, a 360-degree camera, LiDAR for seamless topography and bathymetry measurements,” K Murali, professor in-charge, IIT Madras‘ National Technology Centre for Ports, Waterways and Coasts (NTCPWC), said.

“The craft had a successful field-test recently off the Chennai Coast at Kamarajar Port. Further field trials under harsher environments have been scheduled during November 2020 at Syama Prasad Mookerjee (SMP) Port, Kolkata,” he added.

According to Murali, the Indian maritime sector is currently dominated by foreign technology.

“This is a significant leap towards indigenisation of the Indian maritime sector, which is currently dominated by foreign technology. The craft is capable of delivering precise and accurate depth measurements even in very shallow waters. This autonomous survey craft will help to meet the increasing demands for volume and efficiency as ships are becoming larger, with maximum loading to ensure the most efficient operations.

“The craft can undertake autonomous hydrography surveys at different times of the day to identify the navigable paths that can be used for operational window and navigational guidance. It has been developed to carry out survey operations in areas such as ports, harbours, waterways, dams, lakes, lagoons and other shallow water zones. It can be operated in the manual mode by a remote-control setup or as a fully autonomous vehicle,” Murali said.